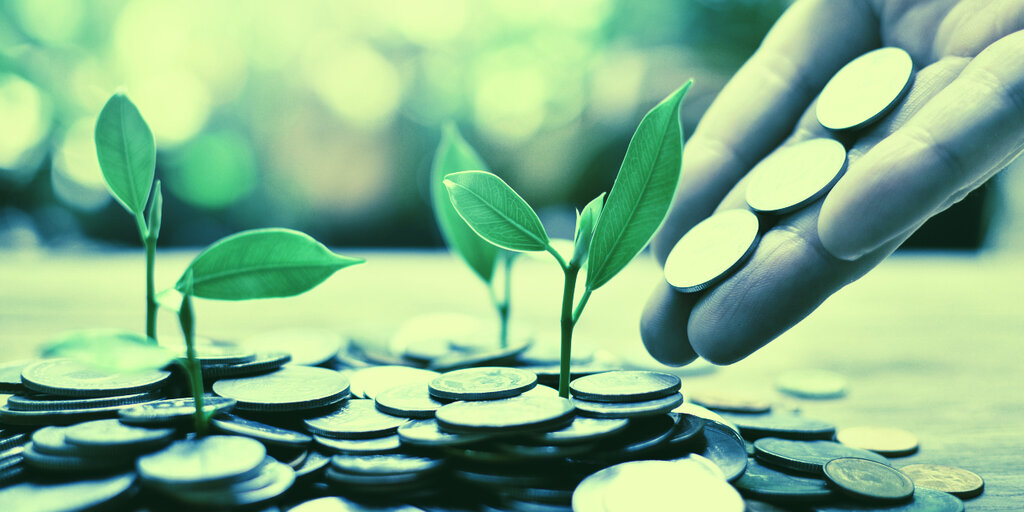 CoinGecko’s listing of the Top 100 DeFi coins by market capitalization crossed the $8 billion mark today and has hovered around that amount since.

Granted, there are various benchmarks for the DeFi market cap. A website appropriately titled DeFi Market Cap pegs the total for the Top 100 DeFi tokens at $7.1 billion as of this writing, for example, although its listing does not include Chainlink—the #1 coin on CoinGecko’s list.

While there’s a disagreement between the sources as to the actual total DeFi market cap right now, there’s no debating the fact that the estimated ballpark tally has increased dramatically over the last few months.

It was only early June when DeFi Market Cap pegged the amount at just more than $2 billion, and that had already doubled since the site launched in mid-April.

We’ve seen the immense growth of DeFi marked in other recent figures, too, such as the amount of value locked in DeFi contracts. That tally hit $4 billion last weekend, just days after crossing the $3 billion mark. Earlier this week, crypto data provider Messari reported that more than $1 billion worth of Ethereum was locked into DeFi protocol Maker.

The immense amount of money flooding into DeFi right now is no doubt fueling the rising price of Ethereum, given the impact of tokens being locked into projects (also the practise of “yield farming”), thus reducing the availability of ETH.

Given all of that, there’s fear that what’s actually growing right now is a DeFi bubble that’s bound to burst at some point. Earlier today, Decrypt reported on the growth of DeFi, featuring perspectives from industry insiders. There is disagreement about how significant of an impact a purported bubble could have should—should—it pop.

“Clearly we are in the early stages of a DeFi bubble,” said Will Price, data scientist at Flipside Crypto. “But if DeFi has any chance of being a new financial future, valuations are still extremely low. Compare the innovations happening now with assets like XRP, LTC, BCH.”