DeFi is ready for India, but are Indian authorities ready for crypto? 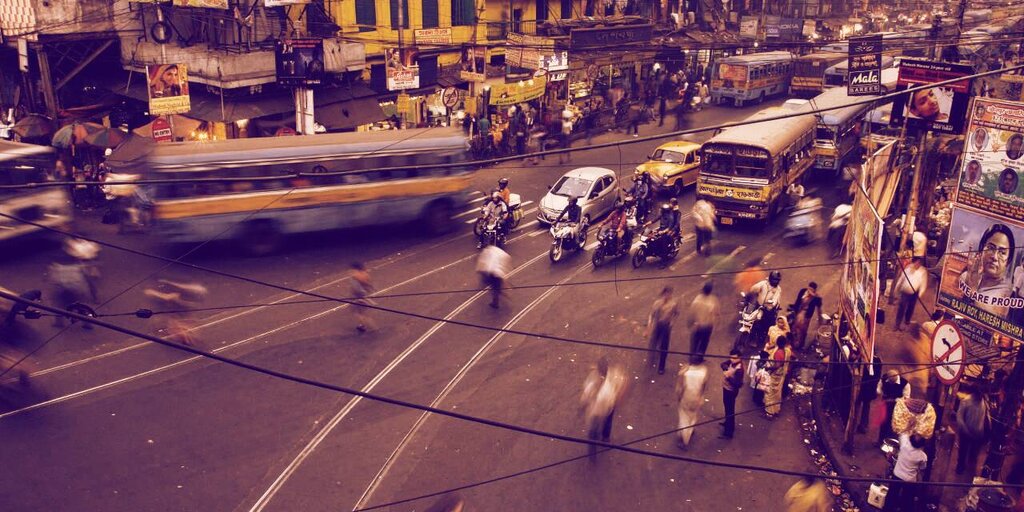 India is poised to emerge as a leader for decentralized finance (DeFi) in Asia, experts say—but reports that the government could introduce a new ban on cryptocurrency threaten to stifle the industry in its crib.

DeFi provides financial services through a decentralized network that interacts with smart contracts and dApps, and is predominantly built on the Ethereum blockchain. Although it’s early days for DeFi in the world’s fifth-biggest economy, industry leaders in India believe that it’s vital to the country’s future prosperity.

For the hundreds of millions of Indians who are unbanked or underserved by traditional financial services, DeFi can provide low-cost alternatives for lending, obtaining credit and borrowing money.

“[DeFi] does not discriminate between the haves and the have-nots, the rich and the poor as much as the traditional financial ecosystem does,” said Siddharth Verma, co-founder of Nuo Network, a Mumbai-based company that allows users to lend, borrow, or margin-trade crypto assets.

As India’s economy reels under the impact of the coronavirus pandemic and subsequent lockdown, those in the industry say that DeFi may be more important than ever, with the clock ticking on businesses that are in dire need of credit or loans just to survive. A recent survey conducted by non-governmental trade organization Nasscom showed that 70% of Indian startups have less than three months of funds to keep going before they run out of money.

“SMEs are the heart of India, but they have the least access to capital,” Sahil Dewan, co-founder of Harmony Protocol, told Forkast.News.

How DeFi can boost remittances

Cross-border remittances are another area that DeFi companies are eyeing, in the form of Cross-Fi. Indian nationals working abroad face onerous fees from banks and money changers when they send money back home. “Some of these problems exist and they’re not solved by existing banking institutions and existing financial institutions,” Dewan said. According to the World Bank, the average transaction fee for cross border remittances is 7.45%, with traditional banks charging the highest rates. By removing intermediaries like traditional banks, DeFi may be able to help overseas Indian workers send money home more cheaply.

The United Nations has included remittance reform among its Sustainable Development Goals and wants to reduce remittance transaction costs to less than 3% by 2030. Dewan told Forkast.News that transaction settlements in Harmony’s public blockchain will be instant, and utility fees for transaction settlement will be negligible. Harmony’s cross-fi services could bring fees below 0.5%, according to Dewan—far below UN’s Sustainable Development Goal.

Our team we'll be hacking away for the weekend at #ETHDenver!

We are excited to bring interoperability solutions between Harmony's Cross-fi toolset to #Ethereum's growing #DeFi ecosystem!

Although cryptocurrency can become a tool of transfer, Nuo Network’s Verma believes DeFi’s lack of liquidity and unsolved regulatory issues remain as obstacles standing in the way of mainstream adoption in India. “That is definitely going to remain a challenge in India because you will have to essentially use Coinbase and convert it over there, and then bring it back over here, and then there’s going to be a lot of investigations from the regulator,” Verma said.

“The B2C (business to consumer) space in DeFi is already crowded,” Hemanth Kumar, CEO of Pontis, told Forkast.News. His Bengaluru startup aims to allow centralized exchanges to provide DeFi services directly to their customers by integrating DeFi protocols and bundling up application programming interfaces (API) and smart contracts. “That’s where we are trying to solve the challenge of how to bring DeFi goodness to the masses,” Kumar said.

“DeFi is going to be a natural next step for the developers, for the community in India.”

To trade assets in India’s traditional markets, investors need to create a dematerialized account (demat). However, according to the Securities and Exchange Board of India (SEBI), only 40 million total demat account holders are registered in a population of almost 1.4 billion people. According to the 2017 Global Findex database, about 190 million people in India are still underbanked, and DeFi advocates say alternative financing services could fill this gap.

“When no other options increase in India, DeFi is going to be a natural next step for the developers, for the community in India,” CoinDCX co-founder Neeraj Khandelwal told Forkast.News.

DeFi can also benefit from doing business in India’s huge, hungry market as well as tapping into its world-class tech talent pool, industry advocates say. India’s IT-BPM (business process management) sector recorded $177 billion and 6.1% growth during the 2019 financial year. “A lot of development happened since the 2000s, [and a lot of] the software developments were actually done by Indians,” said Raghu Mohan, CEO of IBC Media, an innovation management firm headquartered in Sunnyvale, California.

A 2019 study conducted by Evans Data predicted that India would be home to the largest number of software developers in the world by 2024, overtaking the US. The world’s second most populous nation also boasts the world’s second-highest number of active Internet users, with over 500 million connected, according to the Internet and Mobile Association of India (IAMAI). India’s largest payments network, Unified Payments Interface (UPI), which provides transactions through mobile phones, is a domestic concept. India is also already the top remittance recipient in the world, receiving over $83 billion in 2019.

However, some in the government disagree that DeFi and crypto are the way forward for India. Last week, the Economic Times—citing an unnamed senior official—reported that the Indian government is now looking into ways to ban crypto outright.

According to the Economic Times, the current behind-the-scenes maneuvering includes consultation of cabinet members as well as Parliament toward a possible ban. “This news is not really that surprising,” said Kumar. “This was the expected course of action from the Finance Ministry after that report was filed [last year] suggesting a complete ban.”

The mooted crypto ban is the latest twist in an ongoing back-and-forth between India’s highest institutions over the legal status of cryptocurrency in the country. The industry was thrown into turmoil when the Reserve Bank of India (RBI) in 2018 banned banks from doing business with cryptocurrency companies, causing some to take a pause while others shut down.

Last year, a committee led by former Indian finance minister Subhash Garg—citing the volatility of cryptocurrencies and concerns about the rise of an alternative currency in the country—issued a report recommending a strict ban on crypto ban that would include up to 10 years in prison for violators.

In March this year, the Supreme Court lifted the RBI ban in a ruling that cryptocurrency industry leaders called a “game changer,” and India’s crypto scene began to flourish again. India’s largest crypto exchange, CoinDCX, experienced a 1,000% growth in user registrations afterwards. The industry gained another boost last month when RBI, in response to industry demands for clarification, confirmed in writing that no banking bans exist against the nation’s crypto industry.

Bumps on the road to DeFi

Outside of India, DeFi is still largely unregulated, and it’s recently been subject to a number of high-profile hacks and failures around the world. In March this year, some DeFi users had their holdings wiped out in DeFi protocol MakerDAO’s now-infamous Black Thursday incident, when a sudden price crash triggered an automatic liquidation of their portfolios. A few weeks later, Chinese DeFi protocol dForce made headlines when cyber criminals stole $25 million worth of assets and then surreptitiously returned the funds after they were blacklisted by exchanges.

But to India’s crypto enthusiasts and DeFi industry leaders, these are mere bumps in the road. They argue that theft, data breaches and user losses happen in traditional finance as well, and that at this juncture in the global and increasingly digitized economy, a crypto ban would be a backwards step for India.

For DeFi to flourish in India, however, they say cryptocurrency needs legal certainty. “Cryptocurrencies would have to be legally tradable and should be promoted to be accepted by the nation,” Khandelwal said. “Only then [will] that facilitate DeFi development.”