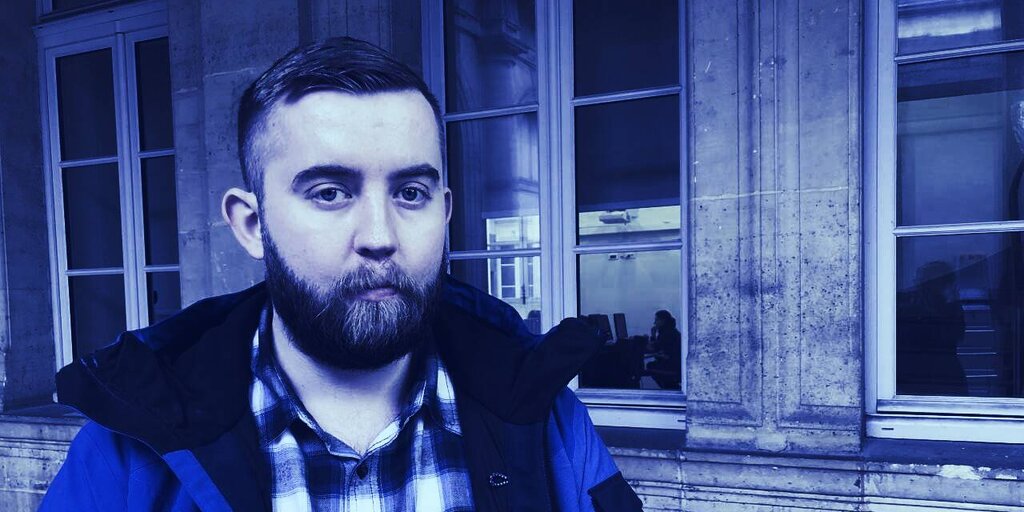 Yield farmers gunning for 1000% gains are driving a boom in decentralized finance (DeFi), with $3 billion poured into DeFi applications since the start of the year. In response to rocketing demand, new financial tools built on blockchains like Ethereum and Cosmos are launching every day, automating investing, lending, borrowing, and trading arrangements.

That means a rising ocean of data must be digested by smart contracts, which secure billions in value. They, in turn, rely on secure and reliable data from external sources, on things like commodities and crypto prices. That’s where Chainlink comes in; it provides decentralized oracles that secure the complex retrieval and delivery of a growing portion of these data.

Chainlink has been on a tear in recent months. Its token, LINK, has climbed consistently, and is now the ninth biggest cryptocurrency, by virtue of its $2.77 billion market cap.

Meanwhile, the team has continued to blaze a trail of integrations, most recently today, with Binance Smart Chain, which adds smart contracts to the exchange’s original chain, Binance Chain. Chainlink is also beginning to see the fruits of early integrations with DeFi startups.

“It’s not a coincidence that the growth of DeFi coincides with a growing abundance of high quality oracles,” Chainlink founder Sergey Nazarov told Decrypt on a recent call from his home in San Francisco.

Why Chainlink is a critical component for DeFi growth

A big bonus for the startups integrating Chainlink is that they haven’t had to go to all the trouble of building their own decentralized oracles.

“Aave and Synthetix were able to spend more time building a better application because they didn’t need to build an oracle mechanism, and to launch in more markets,” said Nazarov. “I think this is a dynamic that’s partly responsible for DeFi growth.”

When it comes to Chainlink’s own growth, he believes that oracle security is the ultimate catalyst. As new markets are created and more value secured, demand for the most secure oracles will only grow, he argues.

The DeFi boom will lead to even more smart contracts attracting new data providers, and Chainlink’s strategy is to make the barrier to entry into blockchains as painless as possible. This leads to better quality data, and superior financial products, in Nazarov’s view.

“DeFi is actually bounded by the data that it can securely access for new markets [and] new products.”

“People should understand that unless you have data for a certain market on-chain, you can’t have a defined market for that thing. So DeFi is actually bounded by the data that it can securely access for new markets [and] new products,” he said.

”Centralized systems want decentralization. They want to provide as many security guarantees as they can,” said Nazarov. The idea is to enable these services to “become more decentralized without necessarily porting their entire system onto a blockchain.”

Nexo and Celsius, leading lending services backed by crypto collateral, have both recently integrated Chainlink as their official data provider.

Some DeFi products and platforms, such as Compound and MakerDao, have chosen to use their own oracles. Coinbase’s Oracle API gives users free, signed price data for BTC and ETH, and new competitors, such as Sequoia Capital-backed Band Protocol, are attempting to maneuver into the oracle space.

Nazarov, for his part, says that Chainlink is unthreatened by rival oracles, claiming that many of them lack features such as the ability to access password protected APIs—which affects data quality—or don’t integrate enough exchanges. “If a system pulls price data from a single DEX or a single exchange it’s at risk of price manipulation. We pull from many different sources using data aggregators,” he added.

Nazarov estimates that it takes as little as $100,000 to manipulate the price on a single   exchange, and incidents of data-feed manipulation are already a concern. In February, DeFi platform Fulcrum was hacked, and bZx, which maintains the protocol, was forced to use its admin key to save users’ funds. Notably, bZx has since integrated Chainlink’s oracles.

Nazarov said he’s extremely concerned about the potential for manipulation: “The only thing stopping this is that the value in the DeFi protocol for manipulating that market is not high enough yet. It is a huge, huge risk—Mt. Gox level risk,” he emphasized, referring to the famous exchange hack in 2014.

Chainlink, based in the Cayman Islands, launched in September 2017 after an ICO that raised $32 million. It’s expected to spend $55 million on growing its ecosystem this year. Currently, DeFi is riding high, but the oracle provider doesn’t believe in limiting its options.

Nazarov sees gaming as the second biggest use for blockchains after finance. Blockchain-based games often require a random number generator to decide a winner. If people run their own randomness, a game is not truly decentralized, and using some other service runs security risks, he said. With that in mind, in May, Chainlink announced randomness that’s verifiable on chain. They also recently started providing price feeds for gaming developers Enjin.

Learn how tools like #ChainlinkVRF, random rewards, and RNG in blockchain games are poised to have a major impact on the economic future of #NFTs, #metaverses, and the entire #gaming space in this latest article. https://t.co/RQaE6g0HzH

But Chainlink is beginning to find use cases in a wide variety of other industries, including aviation insurance and sports memorabilia. It’s also extending the reach of its integrations, adding the Polkadot and Tezos blockchains. Last month, the Chinese state-sponsored Blockchain Service Network integrated Chainlink’s oracles. Exchanges Delta and Huobi are also customers now.

In addition, the startup is boosting the quality of its node operators—most recently Deutsche Telekom’s infrastructure subsidiary T-Systems MMS joined the Chainlink network. There are plans for more DeFi integrations, and more partnerships with crypto exchanges said Nazarov.

“Chainlink [is] making all the right noises by partnering with a number of projects in the decentralized finance space,” said crypto market analyst Simon Peters of investment platform eToro, in a recent email.

Chainlink: the Tesla of crypto?

Any successful operation will spawn competitors, critics, and FUD—and Chainlink, recently dubbed the “Tesla of crypto,” is no exception. Nazarov declined to comment on a much-disputed, highly critical report about the project, from an unknown asset manager called Zeus Capital, which claimed that LINK had a massive downside.

What’s clear is that Chainlink’s growing competition demonstrates a broad consensus that supplying accurate data to DeFi and to other applications is an increasingly important factor in the world of digital assets.

“We make it easy for great teams to either become more decentralized, or make more DeFi products, and launch them faster,” said Nazarov. “That’s really the story of our space; people consistently make the capacity to do certain things easier.”