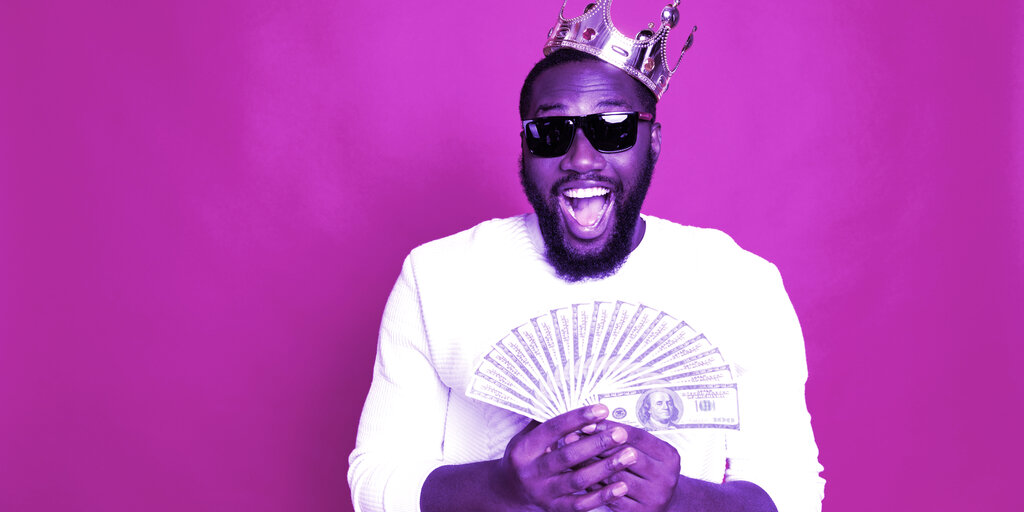 Decentralized exchange dYdX has raised $10 million in a Series B round. Three Arrows Capital and DeFiance Capital led the round, which also included investments from GSR, Hashed, RockTree Capital, Scalar Capital, SCP, Spartan Group, and Wintermute.

Series B funding rounds are for startups with sizable user bases that want to scale up. dYdX, which runs both a protocol and an exchange, has attracted interest in the last several years—and it’s looking to build greater interest with new features, more tokens, and investments in Asia.

Decrypt’s People of the Year: the DeFi Degens

At the start of October 2018, users had locked up just $17 worth of Ethereum-based crypto assets in the dYdX platform in exchange for interest; the total value locked (TVL) has since expanded to more than $140 million. dYdX ranks sixth among decentralized exchanges in volume across the last 7 days and ninth for users, according to data from Dune Analytics.

It wants to get higher up the charts.

Nearly half of DEX market share is swallowed up by Uniswap, followed by its clone Sushiswap. Between them, they accounted for $9.26 billion (70%) of the $13.24 billion in weekly volume, as of January 25. By contrast, dYdX did $320 million in volume for the past week, or just 2.4%.

Notably, Uniswap and SushiSwap are structured differently than dYdX. Both have their own governance tokens, though each comes with limitations in terms of when they can be cashed out. dYdX instead makes money via trading fees on its exchange.

With at least some of its costs already covered, dYdX plans to use the $10 million raised to list additional assets, introduce new features, attract users in China and other Asian markets, build up its team, and “hand over more control to our users.”

In an increasingly crowded decentralized finance (DeFi) landscape, dYdX is banking on a financial product it helped pioneer, “perpetuals contracts,” to deliver. Perpetuals contracts are like futures contracts—options to buy a particular digital asset at a specific price—but without an execution date and with more modest price swings. dYdX’s products use up to 10x leverage, meaning users can borrow $100 with just $10 down.

The DeFi firm reported $563 million in volume for the financial instrument since April 2021. And it’s working on moving that away from the Ethereum blockchain to a second layer to lower fees for traders.

DeFiance Capital founder Arthur Cheong is looking forward to the future. In a press release, he said, “We have been users since the early days and are excited to back dYdX in current round to accelerate its mission to build the most powerful decentralized trading platform for cryptoassets.”