DCEP: An inside look at China's digital currency 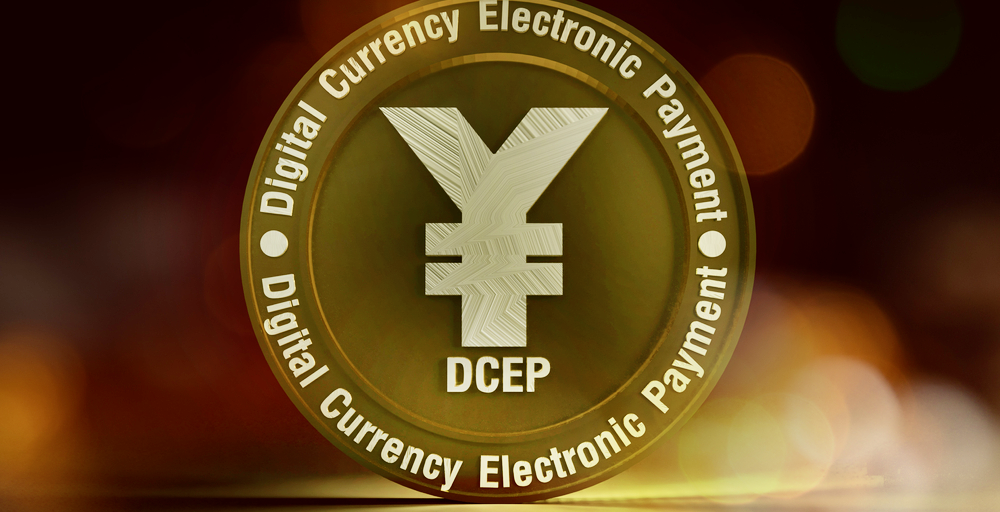 While 80% of central banks are exploring digital currency, China has been on this particular journey for a good six years. In 2014, Xiaochuan Zhou, then Governor of the People’s Bank of China, established a Digital Currency Research Institute with the goal of exploring its potential use for the PBOC, which is the country’s central bank. The following few years saw the birth of a few research centers scattering across the country.

Now that 6 years have passed, DCEP—the abbreviation for “digital currency, electronic payment”— is China’s answer to a digital currency issued by the central bank. (It’s 数字货币 in Chinese, which means “digital currency” but plenty of people there actually use the English “word” DCEP.)  Pilot projects have been ongoing in Shenzhen, Xiongan, Chengdu, and Suzhou, where it’s being used for things like transportation, education, healthcare, and other consumer goods and services. It’s slowly gaining momentum, and from the outside, DCEP looks awfully like any other cashless payment solution.

In a country where cash has become increasingly obsolete, what’s the point of having DCEP?

This week’s da bing dives deep into the architect of DCEP and attempts to explain the logic behind its design.

Like most central bank digital currencies, DCEP was born to replace cash circulation, known as M0. Despite China being one of the most advanced cashless economies in the world, cash is still a prevalent transaction tool and often allows fraudulent behavior to be processed under one’s nose.

To make DCEP function more like cash, the PBoC invented a system called “loosely coupled account links.”  In traditional electronic payment systems, a transaction can only happen between two banking accounts; in the DECP system, transactions can happen between two DCEP wallets, despite neither being associated with a bank account. This direct transaction functions like cash because it removes financial intermediaries such as banks and fintech giants from the transaction.

It does all this without being on a blockchain.

Because of the “loosely coupled” nature, DCEP proponents argued that a moderate degree of anonymity can be achieved without creating a haven for money launderers and rule-breakers. The idea is that because people can freely transact from one wallet to another, many transaction details can be eliminated. If this is the case, a bullish case for crypto can be established because now that cash is digitalized, some might conveniently flow to the crypto market as people trade with each other. Monitoring such transactions will be much harder than “tightly coupled account links.”

But still, DCEP is programmable money. If the government decides to deactivate a wallet or reverse a transaction, they can do so with one simple click. Significantly, this blockchain that isn’t blockchain is highly centralized.

From day one, PBoC made it clear that DCEP only borrowed blockchain’s key concepts such as peer-to-peer payment, traceability, and tamper-proof-ness. It has intentionally remained “technologically agnostic”—no blockchain, for instance— because having a fixed architecture would only limit potential business cases in the future.

Still, from a high-level, DCEP follows what is officially described as a “One-Coin, Two Addresses, Three Centers” structure. The One Coin, of course, is DCEP itself. Qian Yao, the ex-director of the PBOC’s Digital Currency Research Institute, said that “the Coin is the core and vision of the whole system because it is minted and guaranteed by PBoC, representing specific value.”

“Two Addresses” refers to the data centers run by PBoC and the Commercial Bank. “Here the addresses are connected with DCEP’s central ledger. The coin will be distributed to these addresses and subsequently to the economy,” one economist, familiar with the plan, told me. Central Bank and commercial banks will maintain their own database separately. It took me some time to understand this concept because there’s no precise translation in English. The original Chinese translation is closer to “vault” in English but the economist told me that “address” is a better translation.

The “Three Centers” are the newly created Identification Center, Record Center, and Big Data Analytics Center. The Identification Center onboards new users via Know-Your-Customer rules, and issues credentials based on individuals’ profiles.  The Record Center records the issuance, transfer, and settlement of all transactions with the goal of distributing data to nodes within the network. And the Analytics Center focuses on risk management such as KYC and AML.

Despite the tremendous amount of progress DCEP has made, it faces many major challenges. The biggest of them all might be the collaboration between the Central bank, commercial banks, and fintech players such as Alipay and Wechat pay.

Like most crypto projects that struggle to gain adoption, DCEP, surprisingly, faces its own hurdles to mass adoption. Yes, the central bank can mandate the disbursement of DCEP to replace cash, but it’s uncertain whether such a process would get all the stakeholders’ buy-in.

Right now, commercial banks and fintech players have their own payment solutions. Adding DCEP is not only an additional implementation task, but also adds no value to them. It’s not a financial product, nor does it give banks leverage to cross-sell or up-sell their existing money-making fintech products.

To reach mass adoption, especially those outside of China, DCEP needs use cases.

A parallel effort has been targeting B2B use cases. For example, the PBoC’s Digital Currency Research Institute has been actively building B2B use cases using blockchain. One recent example is a Trade Finance Platform that just received a $5 million grant from the government. The project is listed as a “national priority project,” the highest rating among all blockchain projects.

The goal of establishing a blockchain-based trade finance platform is to allow DCEP to easily flow between entities in a borderless fashion, yet still within the control of the PBoC.

Despite its attempt to stay away from the B and C words (blockchain and crypto), DCEP is China’s best blockchain-like effort. Backed by real RMB, DCEP would appear to deliver on the otherwise empty promises made by most blockchain projects. It will allow networks such as the Blockchain Service Network to flourish because now its transaction can be settled in real monetary value.

More importantly, the PBoC never shies away from the potential of opening up DCEP to more possibilities. The word “smart contract” is frequently mentioned in all its white papers and official communication. The goal again is to apply DCEP to real-world use cases and create wealth and economic prosperity.

If that’s the case, then blockchain will really deserve to be part of China’s 50-Trillion New Infrastructure Plan. Whether it will be of course is still an open question.