Dave Portnoy pumps Bitcoin, would have made more money in Ethereum 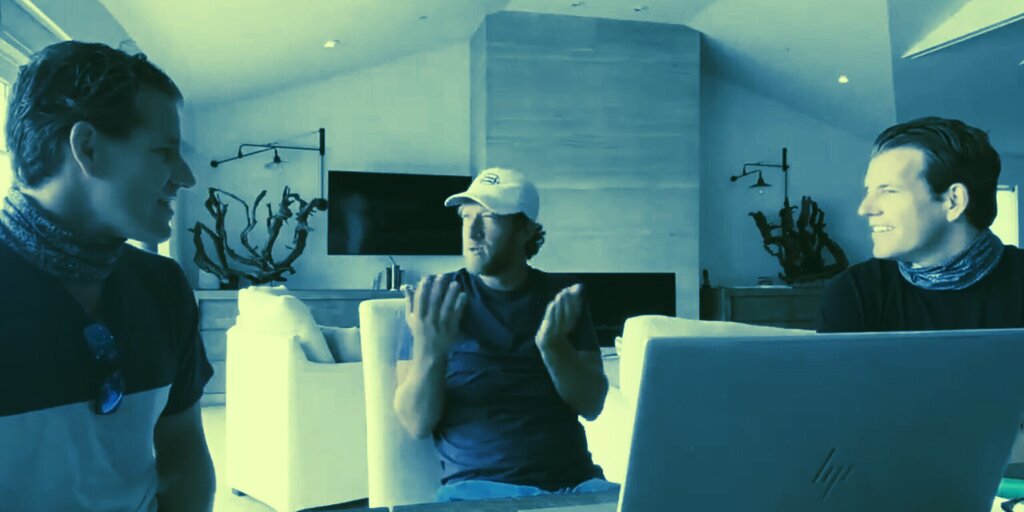 Indulge us in this Friday Afternoon Moment of Conjecture. The “Baron of Bitcoin,” Dave Portnoy of Barstool Sports, claimed on Twitter yesterday that he had bought at least $1 million worth of Bitcoin.

“I’m 7 figures deep now in this stuff,” he tweeted. This was after posting a video in which Cameron and Tyler Winklevoss personally visited Portnoy at his summer place in Nantucket and schooled “El Presidente” on some of the vagaries of Bitcoin. Portnoy, who had been a skeptic, seemed to become a believer, though he admitted he still didn’t understand a word of what the Winklevii were saying.

In any event, let’s do the math, shall we? Forget for the moment that the video was pre-recorded and we don’t really know at what price he actually bought his million bucks worth of Bitcoin (or if even bought it at all.) After he posted the video yesterday evening, Bitcoin’s price jumped from $11,529 to a peak of $12,045—an increase of 4.45%, according to data from metrics site CoinMarketCap.

That means that had Portnoy bought in at $11,529, the newly crowned Baron of Bitcoin would have made $44,757 overnight—assuming that he sold it, which is an unlikely assumption. Hardly anyone sells Bitcoin and besides, Portnoy is pushing for Bitcoin to stay above $12,000. Well above $12,000.

Was there a “Stool Presidente Effect?”

It’s certainly possible. As “Davey Day Trader,” Portnoy—followed by 1.7 million people on Twitter alone—is generally assumed to be something of a market maker.

Still, had Portnoy put his million clams into ETH, he would have made more than 2X what he made on BTC.

Barstool Sports president Dave Portnoy: ‘I want to buy all the Bitcoins’

But it’s lucky that Portnoy—who spent a quarter of a million during his time with the twins—didn’t get too caught up in the Winklevii’s discussion of Chainlink: After a 62% pump this week, LINK actually had the temerity to fall 7.2%, from $18.24 to $16.93.

Though Portnoy made money overnight in our little FAMC

thought experiment, he confessed after the Winklevoss twins had left: “I literally have no idea what Bitcoin is.” But ignorance is no issue in crypto, which welcomes all.