Dave Portnoy offers to ‘save’ Bitcoin and Chainlink 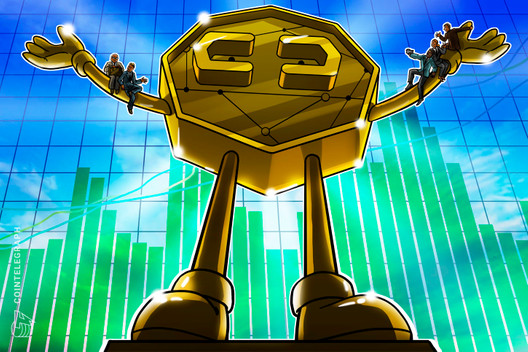 After exiting the crypto space at a loss last week following his high profile entry, Barstool Sports founder Dave Portnoy is hinting he’s not completely finished with Bitcoin yet.

In an Aug. 25 tweet to his 1.7 million followers, the day trading king said he would “save” Bitcoin and cryptocurrency — but only if asked nicely.

“It looks like I didn’t buy and sell the top in Bitcoin after all since it’s all significantly lower than when I got involved,” said Portnoy. “Should I take a few minutes away from stacking stacks on Wall Street to save the flailing crypto market?”

I will save #bitcoin amd #Crypto if they ask me nicely.

Portnoy became more involved in the crypto space after hosting Gemini exchange founders Tyler and Cameron Winklevoss for a discussion on Bitcoin and other tokens on Aug. 13. Since their meeting, the Barstool founder said he had made nearly $100,000 in profit from Bitcoin … before later reporting he sold his coins at a $25,000 loss on Aug. 21.

Despite previously calling Chainlink (LINK) advocates frauds in the crypto space, the Barstool founder included LINK in his “bailout” offer. Shortly after his Bitcoin and crypto comments, Portnoy also asked his Twitter followers: “Is it time to save the LINK Marines?”

“Those who think @stoolpresidente  is out of #Bitcoin and crypto so easily, don’t understand the man. Remember, #DDTG does not play checkers, he plays 3D chess.”

Many of the responses from Crypto Twitter seemed to indicate that Bitcoin would be fine without Portnoy’s intervention.

Gold bug Peter Schiff joined the discussion, stating that Portnoy should also stay out of it, but only because he believed Bitcoin was beyond saving:

“If you encourage enough people to buy now, more people who got in early will be able to get out. But you won’t prevent the collapse, just delay it a bit. But why jump on a sinking ship, or encourage others to do so? You did right by cutting your losses.”