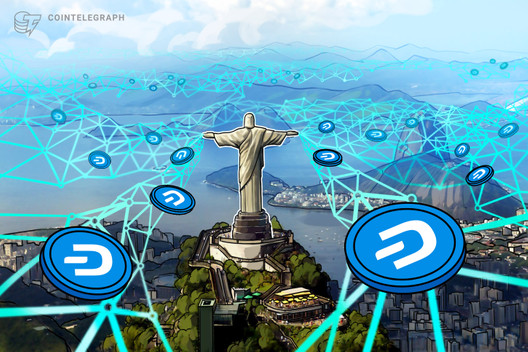 Dash has announced a 104% rise in commercial payments through Q1 2020, along with increased adoption, trading volume and price performance.

According to the report, commercial payments using Dash grew 104% for Q1, helped by a number of partnerships in the Latin American region.

During Q1 2020 the number of active Dash wallets installed on mobile devices reached 101,747, representing a 214% increase year-over-year and a 21% increase on the previous quarter.

In the same period, the median number of daily commercial payments using Dash grew to 17,127, a growth of 104% year-over-year.

This growth has been spurred by several partnerships in Latin American countries, notably in Venezuela and Brazil.

As Cointelegraph reported, in January a collaboration with Burger King in Venezuela enabled payments using Dash and other cryptocurrencies. Additionally, thousands of merchants in the country are now accepting Dash thanks to local advocacy programs and a recent integration with MegaSoft point-of-sale terminals.

In Brazil, over 2.5 million merchants can now take Dash as a means of payment through solutions such as ATAR Pay.

Dash also performed exceptionally well on price during the period, with appreciation close to 60% making it one of the top performing cryptocurrencies and marking its best quarterly growth since Q4 2017.

Though volatility can be a deterrent for cryptocurrency adoption, Dash Core Group chief marketing officer Fernando Gutierrez felt that the positive trend had helped to encourage the growth in commercial payments:

“Users spend more when the price is going up because they become wealthier, and because they feel they get a better deal. Price-performance probably added more than a few transactions to the general long term trend in day-to-day usage.”

The average daily trading volume on exchanges saw the biggest gains reaching $37 million, which represents a 987% growth on the previous quarter and a 686% growth year-over-year.