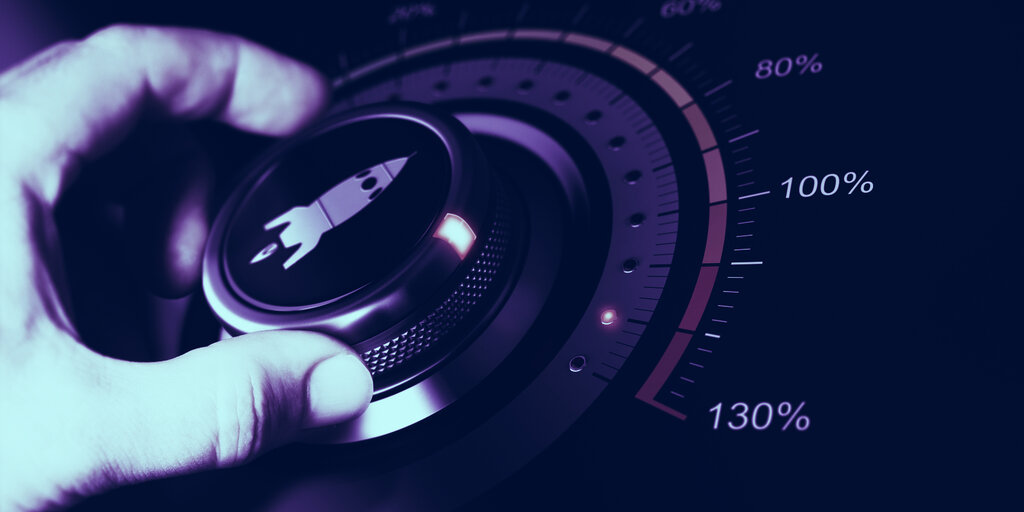 There’s a way to reap double rewards from Curve’s new governance token—but it involves locking your tokens away.

But starting August 28 at around 1pm UTC, CRV holders can “vote lock” their tokens to increase the rate at which they earn rewards from the CRV pool by up to 2.5x.

Tokens locked into the “CRV voting escrow” will gradually accrue voting power (in the form of veCRV, or voting escrow CRV). veCRV voting tokens can be used to vote on proposals submitted to Curve’s governance protocol, the Curve DAO.

Speculators must work out whether locking up tokens for a period is worthwhile. Locking up the tokens means to give up the opportunity to sell them at any time. And the token, though just a few days old, has tanked so far, according to metrics site CoinMarketCap, falling from $13.31 at launch to $6.31 today. And who knows when the DeFi bubble could pop, the train derails, or rose-tinted spectacles crack?

Still, the Curve faithful may appreciate the extra control vote locking gets them. Those with higher voting power will have more influence over the governance of the platforms and those with a voting weight of 2,500 veCRV will be able to submit their own proposals. The overall aim of voting is, after all, to transition Curve from a centrally governed operation to a completely decentralized platform—with CRV holders at the helm.