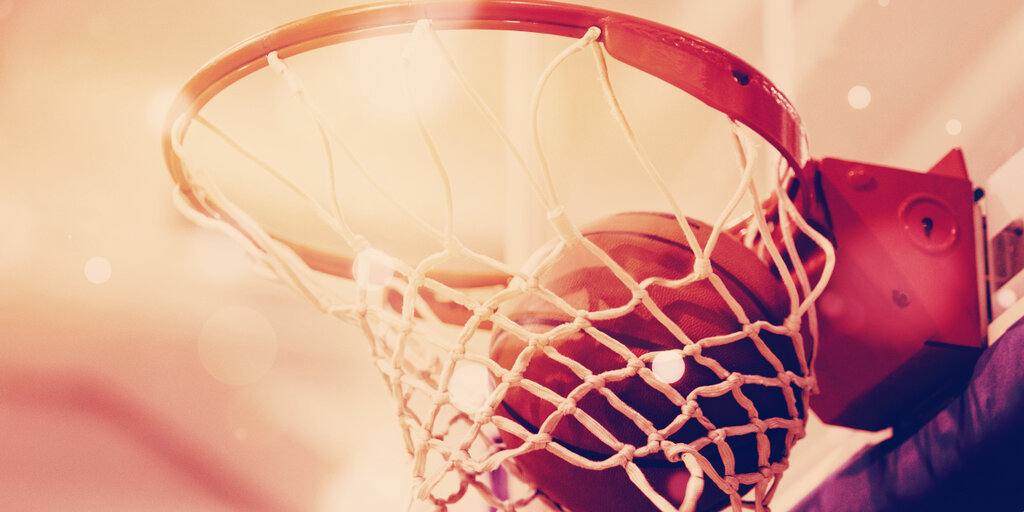 Dapper Labs, the firm behind the CryptoKitties crypto craze, is on a mission to scale its new smart-contracts blockchain to over a billion users. And it’s starting with crypto collectibles—and a partnership with one of the most popular sport leagues in the world, the NBA.

NBA Top Shot, which has yet to launch, will be built on Dapper Labs’ Flow blockchain, a new Ethereum competitor. The game enables NBA fans to collect “moment tokens” that include things like high-quality video and multimedia of heroic, real-life action, as well as live on-court play and game stats. “We started with what basketball fans would care about,” said Tedman.

Which dunk would be your vote for a collectible #TopShot moment?

The game was originally announced last July, but at the moment the Top Shot website is still only collecting emails for “early access.” A spokesperson for Dapper Labs told Decrypt, however, that the project is still on a “very typical timeline for games” and would have news on this front very soon.

Nevertheless, the idea is that the blockchain-based tokens in NBA Top Shot would include “on-chain legitimacy of verifiable authenticity,” or display when tokens were minted, which could make tokens more or less valuable for fans if they were minted right after a real-life game, or years later.

Which #ThrowbackTopShot would be your vote for a #TopShot moment?

Through tokens, exchanges, and mobile games, Tedman said NBA Top Shot will create different experiences for different types of fans. Tedman said Dapper Labs “learned a lot from CryptoKitties” and noticed how some users behaved like collectors, or speculators, and others purely gamers.

“If you think about something like ‘the thrill of the hunt,’ that’s the marketplace,” she said. With the hunt in mind, NBA Top Shot will allow users to acquire different tiers of rare collectibles through packs on marketplaces, or individually peer-to-peer, or through in-game challenges and showcases of collections.

Tedman also pointed to how Flow wants to bring elements from the physical fandom world to the digital space. “For something like true ownership, when you buy a jersey, a bobblehead, or even when you collect something like ticket stub, the league or the company that sold it to you can never come into your closest and take it back from you.”

So what’s in it for the NBA? According to Dapper Labs, the league views blockchain as a way to create new and stronger relationships with fans.

And that type of connection could mean massive business for Flow, and the broader crypto industry, if this thing catches on with an NBA fanbase that’s expected to grow to a billion worldwide within the next five years.