CryptoBuzz: All You Need to Know About Paul Tudor Jones, The New Crypto Dad? 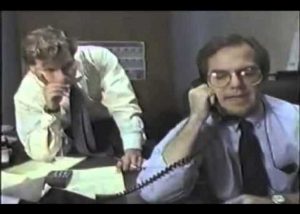 The recent expression of interest from Paul Tudor Jones is causing a lot of euphoria among cryptocurrency enthusiasts. Jones is a billionaire hedge fund manager, and one of the most re-known traders of the 1980s era. He began his career in a trading firm straight out of college at a young age in 1976. In less than 7 years, he began his own investment fund, Tudor Investment Corporation in 1983.

Here are some of the most prominent noteworthy take-backs from his glorified career as an investor.

Remember Dr. Micheal J. Burry from the financial blockbuster, The Big Short? Like Burry predicted the stock market crash of 2008, Jones is known for making money off of the 1987 ‘Black Monday’ crash. He and Peter Borish, economist, statistician, and founder of Robin Hood Investments, back in the day made a lot of money by identifying markers that echoed with the crash in 1929.

He is considered as a market wizard, and is one of the most successful ‘contrarian traders.’

In the 1980s, crude oil experienced a similar discrepancy between decreased demand and huge supply leading to a crash in the asset from $22 to $7 dollars on a single day. During the time, traders were looking for a break-out in the anticipation of a deal between the OPEC members to reduce supply and hence, stabilize price. However, he traded against the majority, he noted in a PBS documentary, Trader,

My whole feeling is that anytime you try to get 13 people to agree to anything, and I have a chance to take a position on it. Well, you know wild horses couldn’t keep me from betting against them on succeeding in that.

In the present economic environment, where investors are looking to move away risk, he thinks cryptocurrency can be ‘one of the fast horses.’ Nevertheless, he focus has always been concentrated first on the risk and later in the dreaming of rewards. He notes,

What you wanna be is always in control. Never wishing, always trading. And always, first and foremost, protecting your a** (capital and risk).

As recently reported on CoinGape, to think that Jones is ‘Not’ buying Bitcoin because he attempts only to trade in futures contract might be a huge misconception. Since his early trading days, futures contracts has been choice for investment as it provides an easy in and out of physical cash.

Moreover, him and Borish played close attention to the macro-economic credit and debt cycles, and the Elliot wave theory in analyzing the trends in the market. He traders in a variety of assets which includes, stock market futures, commodities, and currencies.

Furthermore, the fact that he is betting in the crypto markets, calls out the strong fundamentals of the market in driving out speculations around market manipulation.

Apart from being a ruthless trader and refusing to back away from any fight, Jones is also a humanitarian. As the founder of the Tudor investment firm, he pledged to donate 10% of the firms earnings into ‘charitable endeavors.’ In 1988, Borish and himself founded the Robin Hood Foundation, which continues to focus on poverty reduction and education.

Presently, his hedge fund has over $22 billion in AUM (Asset under-management). Even a 1% allocation in Bitcoin and crypto-markets would be around $220 million. Moreover, his reputation as a successful marco-investor will also drive other hedge funds to follow him into the crypto markets.

How do you think hedge fund managers across the world will react to Paul Tudor Jones’ interest in Bitcoin? Please share your views with us.