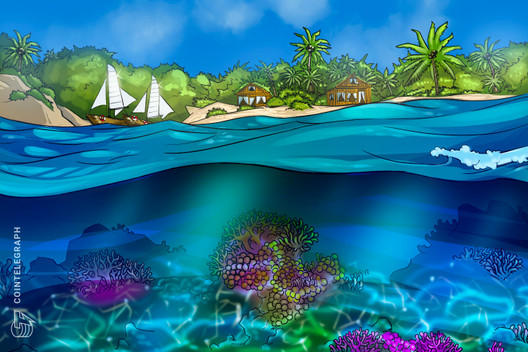 CoinText founder Vin Armani moved to Saipan in April, fearing being labeled an “undesirable” in the continental US and “disappeared”.

Vin Armani, the crypto YouTuber and former star of Showtime’s “Gigolo’s”, packed up his life and family and moved to a tiny Pacific island in April to ride out the pandemic and escape the ‘totalitarian tyranny’ he predicted was about to occur.

Speaking to Cointelegraph, the founder of CoinText said he believed there was a very good chance of him “being disappeared” if he had stayed in California as he was “an undesirable” in the eyes of unnamed forces.

Like a number of prominent members of Crypto Twitter, Armani believes the authorities are using COVID-19 as a smokescreen to impose authoritarian measures.

As things started getting weird… I started to be very public on Twitter… started making predictions. All the predictions started coming true, like one after the other.

He took his wife and two children to Saipan in the Northern Mariana Islands in early April. This was shortly before COVID-19 restrictions severely limited travel options to the area, but the islands are a U.S. Commonwealth, making it far easier for citizens to access. Only about 52,000 people live on Saipan, but Armani was able to secure housing close to the beach thanks to a friend in the crypto community.

Citing his involvement with cryptocurrency as one of the factors determining the move, Armani Tweeted that his choices were between “just [being] quiet and not [saying] anything”, or escaping to a territory with: “no IRS or ICE jurisdiction. No national guard. No real military presence. Very laid back police (there’s next to no crime, no violent crime). No code enforcement dept.”

Leaving the US behind

The predictions which Armani referred to are scattered across a number of his Tweets. On March 14 he tweeted about the Government “rounding people up and “isolating” them based on biological markers in order to “cleanse the nation of disease”.

“We did this not even 100 years ago folks. Y’all are really this blind that you’re going to walk into totalitarianism again?”

Most recently, Armani has been concerned about ‘Big Brother’ tech in contact tracing technology and the government regulating the types of purchases four million Americans are allowed to make with the stimulus prepaid debit cards.

You thought I was bullshitting when I kept telling you, early on, that they would be “rounding people up” in America?

You thought I was overreacting when I packed up my family and got on the last flight to an obscure island in the middle of the Pacific?

Advocate of cryptocurrencies since 2018

Staying active in the crypto world as a host of the Free Talk Live radio program, Armani still sees the financial crisis as “an opportunity for a parallel economy”.

“There is no financial savior,” he said. “You’re going to start to see informal economies pop up and the natural choice for them is going to be Bitcoin… you’re going to see that on a massive scale.”