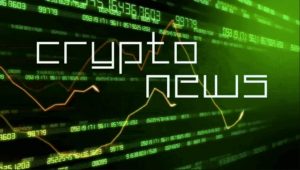 Bakkt now offers Bitcoin custody to all institutions. Clients all over the world can now safeguard their assets using Bakkt’s enterprise-grade offering. Furthermore, the latter has also received authorization from the New York Department of Financial Services (NYDFS) to offer bitcoin custody to all institutions. The list of firms that have signed up as initial customers includes Pantera Capital, Galaxy Digital and Tagomi. Other firms are expected to join in a span of a few weeks. Previously, Bakkt only provided custody services to clients trading Bitcoin’s futures contracts.

Bank of Tanzania Releases Notice Against Use of Cryptocurrencies

Leading analysts Thomas Lee and Tone Vays have extended their bullish targets beyond $50,000 as far as 2022. The crypto market is positive about a bullish break-out before the halving in May 2020. However, according to Vays and Lee, the event could fail to meet the expectations of the investors. The bulls aren’t wrong about the hysteria that Bitcoin could offer. Tone Vays said

“If Bitcoin starts to approach 20,000. Its gonna go up very very quickly”

However, his timelines for the break-out is along the latter half of 2021 to early 2022. Co-incidentally, Tone’s prediction comes close to Tom Lee’s analysis of Bitcoin price. According to him, Bitcoin’s price is governed by the network effect. It has an exponential relation with the price. Hence, going, further along, it would take nearly 1 million users for the price to touch $25,000.

A new report from the U.S based, data analysis firm, International Data Corporation (IDC) forecasts a 67% CAGR in China’s blockchain technology industry from 2018 to 2023. In August, IDC released the worldwide blockchain growth report citing a 60% compounded annual growth rate (CAGR) of spending in the global blockchain industry, taking it to $16 billion by 2023. The Chinese market is set to contribute to an eighth of the global growth rate with the recent positive news emerging from the country.

SBI Ripple Asia and SBI Remit, subsidiaries of SBI FinTech Solutions have partnered with Tien Phong Commercial Joint Stock Bank, a Vietnamese commercial bank established in May 2008 to introduce the first japan-Vietnam money transfer service in real currency utilizing Distributed Ledger Technology(DLT). The adoption of RippleNet will enable the real-time and low-cost transfer of funds between SBI Remit and Tien Phong Bank. As a matter of fact, the population of Vietnamese residents in Japan has grown 4.57 times over the past five years to 330,835.  The system will allow for seamless transfers and help build a loyal customer base for both the firms.

Blockchain.com recently announced its plans to launch its crypto lending service that disbursed $120 million to institutions in November alone. Since its launch in August (as a beta to specific institutional clients), the company has witnessed massive interest in the service with institutions’ lending and borrowing service crossing $1.6 billion dollars on the platform. So far in November, the value has touched the $120 million dollar mark signaling massive institutional interest in the product offered by Blockchain.com.

Singapore’s Central Bank, the Monetary Authority of Singapore (MAS) has partnered with investment banking giant JP Morgan and developed a blockchain prototype for cross-border payments. The prototype will enable payment settlements using different currencies on the same network. For the same, Temasek, an investment firm owned by the government of Singapore will support MAS and JPMorgan’s initiative.

The prototype comes as a part of Project Ubin’s fifth phase. The latter was started in November of 2016 by MAS in collaboration with Singapore’s financial services industry for exploring blockchain-based payment settlements and securities.