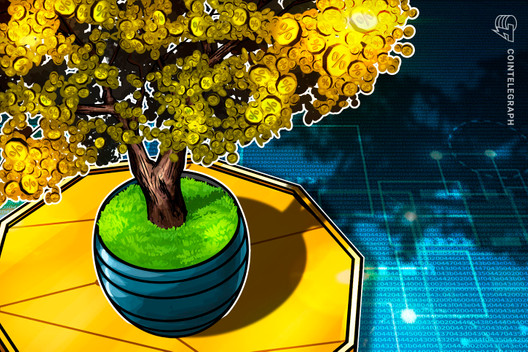 The Aave protocol has introduced Uniswap tokens as a collateral form, which opens the door to the somewhat risky practice of leveraged liquidity pools on the exchange.

The Aave lending protocol introduced a new market based on Uniswap liquidity tokens, which lets depositors borrow assets against these synthetic tokens.

The Uniswap market was launched and announced on May 28, and it lets holders of specific liquidity tokens use them as collateral to borrow crypto assets from the protocol.

Each liquidity token represents ownership in a Uniswap liquidity provider pool, and they can be redeemed for the actual tokens at any point.

Liquidity providers receive a portion of the trading fees acquired by the Uniswap protocol, making it one of the many ways of earning passive income through decentralized finance (DeFi).

The liquidity tokens cannot be borrowed, which means that no additional income is received when depositing these tokens on the Aave platform.

Stani Kulechov, Aave’s CEO, told Cointelegraph that this will be enabled later on, effectively letting users receive interest from two protocols at once.

However, an interesting use case of this system is opening leveraged liquidity pool positions. As Aave wrote, this will “greatly reduce decentralized exchange slippage,” as the liquidity pools can be inflated through borrowed money.

In order for it to be economically feasible, the trading fees would need to counterbalance the interest rate on the loan and the potential issue of impermanent loss.

Given that trading fees and interest rates are variable, this could result in complex interactions between the two protocols as economic equilibria shift. Nevertheless, the loan-to-value factors for these tokens were set to fairly conservative thresholds of below 70%, which puts a limit to the maximum obtainable leverage.

The risks of DeFi composability

An important risk addressed by Aave is the correct pricing of these liquidity tokens. As these are fully synthetic tokens whose value is algorithmically derived by the underlying assets, failures in Uniswap could threaten the Aave system as well.

To this end, the developers created an independent contract that would independently derive the value of the token based on the amount of underlying assets within the Uniswap contracts. However, deviations from the price of a token on Uniswap and the actual market price can still occur in certain circumstances, which Aave assumes to be an attack on the platform.

The system thus uses Chainlink oracles to calculate the “true” value of the liquidity pools, which becomes the primary valuation method during these discrepancy periods.

Nevertheless, these interactions can result in “coupled risk between the two systems,” as Electric Capital partner Ken Deeter told Cointelegraph. Specifically for Uniswap, the size of its liquidity pools would become dependent on the Aave protocol.

Deeter noted that with collateralized lending, “volatility magnification” effects can already occur on just a single protocol, citing the example of MakerDAO. Borrowers can easily convert their Dai (DAI) into Ether (ETH) and put it back into Maker (MKR), which would magnify their risk from using the protocol.

But the risks from these practices still depends on the system’s parameters, Deeter concluded:

“I think the higher level question is how do these lending systems balance different collateral types (so that one going bad doesn’t bring down the whole system) and what recapitalization schemes do they have, in the case that something does go bad.”

Kulechov said that Aave applies a specific risk framework to prevent instability, noting that the interdependencies are “not that different from the exposures in traditional finance.”