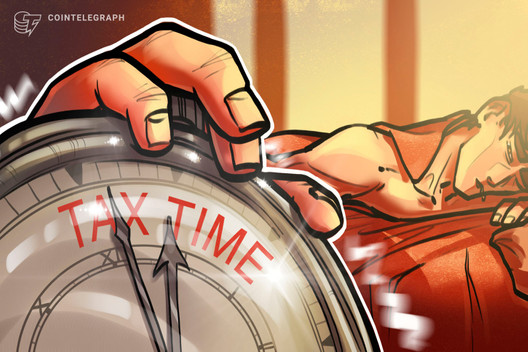 Disclosure sounds like it exposes you to extra IRS audit risk, but if it’s done properly, disclosure can actually reduce your risk.

Crypto and taxes hardly go together like cream and sugar. Yet every crypto investor or business these days faces them. For many, starting with the United States Internal Revenue Service’s launch of the “it’s property, not currency” mantra in 2014, it has been six long years of trying to comply. However, there are plenty of useful tools available that may help with the process. But make no mistake, there are still many unanswered questions that can make doing your taxes a nightmare.

Even most noncrypto taxpayers think of taxes as complex, and they are not wrong. But when it comes to crypto, the tax rules can seem overwhelming. Yes, the IRS has released a few dribs and drabs of guidance. Though much of it has been in informal FAQs, such as those issued in 2019, but are they reliable? The Government Accountability Office points out in its Virtual Currencies: Additional Information Reporting and Clarified Guidance Could Improve Tax Compliance report that this guidance is not binding. So, as a technical matter, you can’t even rely on it.

Of course, now the IRS includes crypto tax questions on every Form 1040, so be careful how you answer.

In the perfect storm that crypto taxes have become, you still have to do your best, and you still have to sign tax returns under penalties of perjury. But you want to protect yourself, too. Tax advisers use the term “disclosure” frequently. It can sometimes have a negative connotation, and without knowing exactly why, many people do not want to “disclose” unless they must.

After all, discretion and privacy sound so much better. You may not know what disclosure really means or why you may want to do it. It just sounds like extra work, or extra risk — something you do not want to consider unless it is required somehow. No one wants a tax audit. We all fear IRS audits, and we all want to steer clear of them; extra audit attention is the last thing anyone wants. Ironically, though, disclosure can actually reduce risk in some cases.

What is disclosure anyway? Disclosure is more than the usual listing of income or expenses. It is simply a type of extra explanation. How much extra explanation a disclosure involves varies considerably, not only in legal requirements but also in practice. Sometimes the IRS says it is required. The circumstances and tax issues can be extremely varied.

Some of it is about how strong or weak your tax position is on your facts and under the law. The IRS wants disclosure if you do not have at least “substantial authority” for your tax position. If you claim it and you want to avoid penalties if the IRS disallows it, you must disclose it. You do so because your position is weak, and you have indicated to the IRS that you are claiming it nonetheless.

I’m sure that sounds like you are asking for the IRS to audit you or to disallow the deduction. But it is often surprising that huge numbers of disclosures actually do not trigger audits. Most do not, and in that sense, the fear that disclosing enhances audit risk is often overblown.

Technically, you do not have to disclose. But disclosing has a big silver lining: It is a way to get out of penalties. What’s more, it can also prevent the IRS from extending the usual three-year limitations period for an assessment of income tax. For example, if you omit more than 25% of the gross income from your tax return, the normal IRS three-year statute of limitations is extended to six years.

However, in determining whether you omitted income from your return, the IRS counts what you disclosed, too, even if you say it isn’t taxable. So, you help yourself by disclosing. However, there is also a penalty for a substantial understatement of income tax. It is notable that the threshold is not high. Individuals who understate their taxes by more than 10% or $5,000, whichever is greater, can end up with this penalty. One way to avoid the penalty is to adequately disclose the item.

All you need is disclosure plus a reasonable basis for your tax position. Once again, disclosure helps you. How do you disclose a tax position, for example, to be sure you aren’t hit with a substantial understatement penalty? The classic way, which the IRS clearly prefers, is by form. There are two disclosure forms, Form 8275 and Form 8275-R. We can dispense with Form 8275-R because that form is for positions that contradict the law.

If you need to file a Form 8275-R, get some professional advice, possibly from more than one source. In fact, these forms are exceedingly rare, and you generally should think long and hard about any tax position that merits one of these R forms. Form 8275 (without the R) is another matter. This is a very common form, and it is often filed.

It bears underscoring that most tax returns attaching Form 8275 are not audited, and the form does not automatically trigger an audit. But how much detail to provide is another matter. In the hundreds of these forms I have been asked to review, rarely have I not cut down what the taxpayer or tax return preparer is proposing to say. To put it differently, taxpayers and tax preparers alike, in my experience, tend to go overboard in my opinion.

In fact, some people go on for pages on Form 8275 and even include attachments with letters or documents. That is inappropriate and exposes you to additional risk. Besides, the IRS doesn’t want or need all of that. Some proposed Forms 8275 are long-winded arguments about the law, sometimes all in capital letters, citing many legal authorities.

That is not appropriate material for a disclosure, nor are attachments. I have even seen proposed Forms 8275 that attach full legal agreements or excerpts. Do not do this. If the IRS wants your legal settlement agreement or purchase contract, the IRS will ask for it. In short, going overboard in a disclosure is usually unwise. You are required to disclose enough detail to tell the IRS what you are doing. Don’t hide the ball, but keep it short and thorough.

Robert W. Wood is a tax lawyer representing clients worldwide from the office of Wood LLP in San Francisco where he is a managing partner. He is the author of numerous tax books and writes frequently about taxes for Forbes, Tax Notes and other publications.