Crypto startup funding down 50% as economy battles with COVID 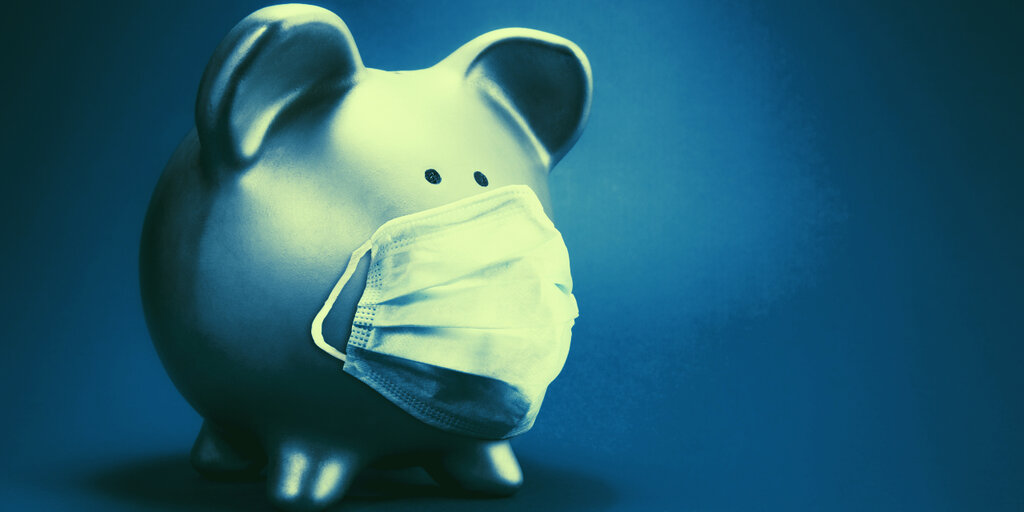 March was a tough month in the world of VC-funded crypto projects grappling with the impacts of COVID-19. But April was even worse.

Disclosed funding was down more than 50% across all deals to just $50 million, compared to $117 million last month (excluding the $300 million Bakkt deal) according to the April Web3 Funding report by Ana.vc. It’s a sign of how much belt tightening has already taken place as a result of the coronavirus pandemic within the traditional economy, even as many cryptocurrencies continue to push higher.

Decrypt reported last month that VC funding has been in decline since 2019, but this month’s numbers are a stark example of just how much the current economic environment has spooked investors.

With US unemployment related to the coronavirus nearing 15%, fears of a lasting economic slowdown are growing. Congress and the Federal Reserve have authorized unprecedented stimulus payments into multiple sectors of the economy, but many inside and outside the VC world are rejecting the idea of using paycheck loans to pay for startups with wealthy backers.

It all adds up to a much weaker growth prospects for VC investments with little or no support from government sources.

But of the deals that did sign in April, DeFi and FinTech projects drew the greatest interest, making up nearly 40%. Combined with enterprise and blockchain infrastructure projects, the three categories represent more than 60% of all April deals. And despite growing media attention, no deals were recorded for gaming-related projects in April.

Within the DeFi/Fintech ecosystem, lending, banking, exchange, and trading categories all saw multiple projects raising funds. Notable fundraising activity for the month included Atomic Loans, Cadence, and dForce, whose deal was somewhat overshadowed by the attack against the China-based platform.

Despite the lower disclosed total, the number of seed funding rounds actually increased from 13 in March to 16 in April, indicating there’s still interest in early stage investments that could pay off big. The total number of deals was down however, with 32 compared to 39 the previous month.

Just shy of half of all deals were made with North American-based projects in April, with the UK hosting about 21% of projects and the rest of Europe accounting for about 14%. The rest of the world only captured 17%.

“Part of the reasons behind this split could be funding available,” Outlier Ventures investor Ana Yanakieva said in the report. “The US has more private funding available, and the UK and Europe have multiple grant programs for innovation alongside some private capital from institutions and angels. I am seeing a lot of pre-seed stage companies in Europe that will take at least a couple of months to get investors ready.”