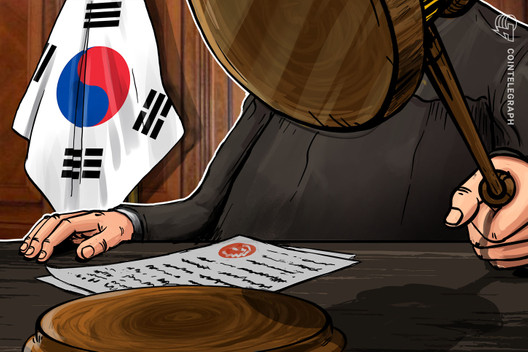 A South Korean court has sentenced an unnamed 43-year-old man to two years and six months in prison for his participation in a $249 million crypto mining pyramid scheme.

According to Yonhap Lee Sang-wook, the judge at the Incheon District Court who made the announcement, the crypto mining pyramid scheme is still under investigation. The indicted was allegedly a secretary of the illegal company from May 1 to September 23, 2017. No details were given about the magnitude of his involvement, nor the specific cryptocurrency involved in the fraud.

Police said that he played an active role by sending fake statements to victims. Authorities stated that the company cheated people by promising them 60% of the profits generated by mining activities. It was later discovered that no such activities existed.

Signs of a Ponzi scheme

“It is a large-scale scam committed against an unspecified number of people. We considered that many victims were mass-produced, and the amount of damage was astronomical.”

According to the latest reports, two of the masterminds behind the fraud managed to flee abroad. The secretary is the only person sentenced as a result of the investigation so far.

South Korean authorities recently announced that a complaint was filed by 950 investors who claim to be victims of another crypto-related Ponzi scheme. Police are looking into the alleged scam, known as Futurenet.