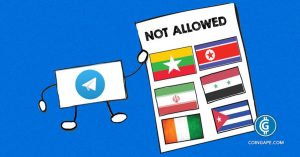 After a judgement in March, where the U.S. District Judge ruled in favor of the SEC to put Telegram’s TON and Gram token on hold, the company moves to end it’s $1.7 billion cryptocurrency project.

The founder of Telegram, Pavel Durov, evokes a poignant reminder of the regulatory bodies in the world where he announces that the initial investments will be returned to the SAFT investors. Moreover, he emphasizes that since now Telegram has no ties with the blockchain project, and should not be held accountable for any activities surrounding it.

An End to a Beginning

After an end to the ICO mania, new blockchain and cryptocurrency projects were attempting to launch via private investing from accredited investors. Mati Greenspan, financial and crypto analyst, and founder of Quantum Economics said in a reply earlier that,

This gives them a lot of leeway as most regulators focus on protecting retail traders and professionals have a lot more freedom to do their own research.

However, the recent progress seems to have put a end to that possibility as well. Nic Carter, the founder of Coinmetrics and Partner at Adamant Capital tweeted,

After the ICO bust, many VC funds bet heavily on the legal theory that issuers could still sell coins to retail investors if it was distributed not by the team but by early investors on the secondary market. That theory suffered a devastating blow today.

On the existing projects in the market which began as an ICO (like EOS) or with some form of initial investment, he notes, that it was “within the window of opportunity. you couldn’t do it today.”

To build a regulatory complaint, true decentralized crypto project today should not evolve a token sale, or any form of initial investment that creates incentives for the creators, lest it invokes SEC laws. Moreover, SEC is tremendously stringent when it comes to scrutiny of blockchain and cryptocurrency related projects. Durov expresses his disbelief in the laws made by US, by citing

Unfortunately, we – the 96% of the world’s population living elsewhere – are dependent on decision makers elected by the 4% living in the US.

This may change in the future.

Which existing cryptocurrency do you think Telegram can work with to meet its aim of financial independence? Please share your views with us.