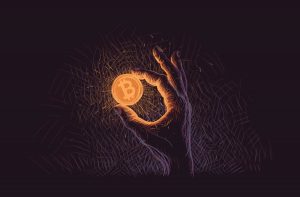 The global crypto market capitalization plummeted by $35 billion USD so far in November as miners capitulation stretches on through the third week. Bitcoin (BTC), the pioneer cryptocurrency, leads the market’s plunge with a nearly 30% drop in value during the period, with altcoins gaining against the top coin. Altcoin Perma bulls are screaming for an oncoming uptrend but BTC bulls retain the belief of having the last say in the long run.

Cryptocurrency investors and traders enjoyed the Chinese boom period while it lasted through the final week of October. However, the market has turned red dropping from a high of $258.7 billion USD on October 26th to a current $223 billion USD, representing 13% drop in three weeks. The total market cap has gradually dropped through the months of August and September from July highs which saw the market record a yearly high of $386 billion USD.

However, zooming out the charts, the 2019 crypto market cap growth rate has been nothing but impeccable during the year. A tremendous $98 billion dollars growth in value of the crypto market, represents a 78.9% growth rate since January.

As BTC plummets further below the $8,200 USD mark extending its poor performance against the green buck since the Xi pump causing a dip below the falling wedge support level on the daily candles. The extended bear period has caused BTC’s market cap to slightly drop from 70% at the start of November to 66%, as at time of writing. 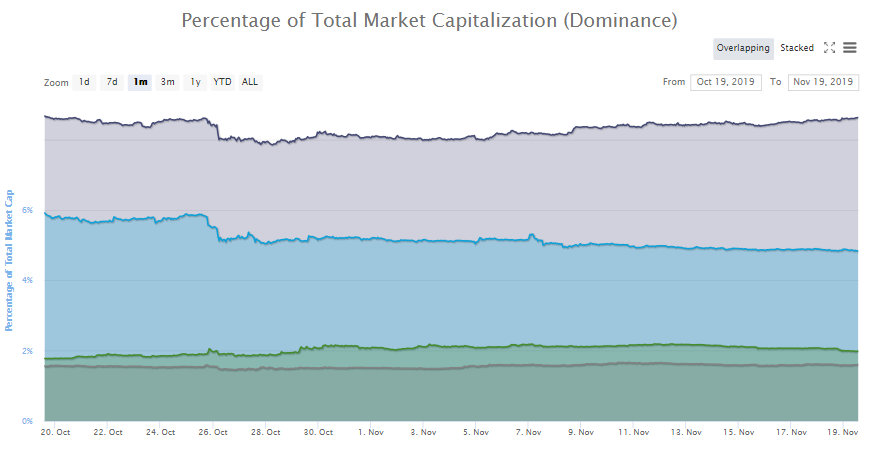 Ethereum (ETH) has sustained its pressure against the BTC pair, increasing its market cap and dominance in the market gradually to $19 billion and 8.64% as at press time. In contrast, XRP has not followed suit as the digital asset struggles to break above $0.30 USD. The third largest coin has lost ground against both the dollar and BTC over the last few weeks dropping from a 5.88% dominance at the start of November to 4.84% today.

A cold market to trade

BTC has always led the crypto market and the net bull run does not seem to be any different, many Bitcoin perma bulls have said in the past. With miners capitulating in the BTC market causing a selloff, this may be a call to take it easy on crypto trading and hold your dollars. One trader wrote on Twitter,

$ALTS market cap looks really bad! 😬 The $BTC pairs looks great but if all of crypto is going to dump it may be best to hedge into USD until things bottom.. pic.twitter.com/uscrm4zUAN