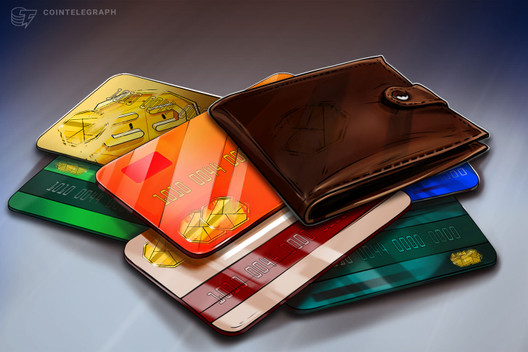 EToro is reportedly moving ahead with its debit card plans as it acquires a U.K. Visa Principal Member.

The crypto-enabled investment app eToro is set to launch its debit card in the United Kingdom as it acquired Marq Millions Ltd, a licensed e-money business holding a principal Visa membership.

As reported by TechCrunch on July 29, eToro “acqui-hired” Marq Millions Ltd., a U.K.-based e-money provider for an undisclosed sum. The company will now be doing business as eToro Money and will be the direct issuer of eToro’s planned debit card. Marq Millions’ management team will stay on in the eToro Money division.

The debit cards, whose launch date is still unknown, will initially be available to eToro Club members living in the United Kingdom. A geographical expansion to Europe will follow, while later on the card will be available for non-eToro users as well. EToro Money inherits an EMI License permission from the U.K.’s Financial Conduct Authority, in addition to being a Visa Principal Member.

The card will reportedly provide an instant “cash-in and cash-out” functionality for the platform’s customers, which should provide an additional avenue for crypto traders on eToro to convert their profits to cash.

The exact mechanism for this is unknown, though it will likely require closing the positions before being able to withdraw funds. Cointelegraph contacted eToro to learn more about the planned debit card, but did not immediately receive a response.

The CEO of eToro, Yoni Assia, said that the company expects a “strong take-up of the card,” with its claimed client base of 14 million registered users spearheading initial adoption.

EToro is a trading platform based on contracts for difference, or CFDs, a type of derivative contract that mimics the price swings of the underlying asset without holding it directly.

Similar to futures and perpetual swaps, it operates on margin collateral that allows traders to easily enter leveraged long or short positions. It supports a variety of cryptocurrencies including Bitcoin (BTC), Ether (ETH), Tezos (XTZ), Litecoin (LTC) and many others.

Cointelegraph reported in December that eToro planned on launching a debit card in Q2 2020, which ended in June. It is unclear what resulted in this delay, with the Covid-19 pandemic being one of many possible explanations.

The card is reportedly a highly-requested feature from its users, though it appears that the company’s plans go beyond just its existing customer base.