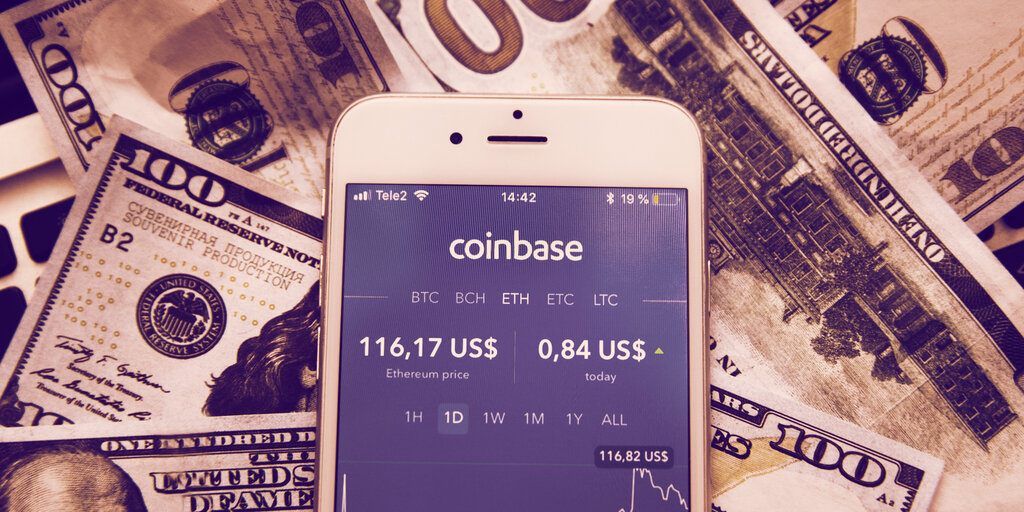 A spokesperson for Coinbase told Decrypt that “This tool only offers them streamlined access to publicly-available data and at no point do they have access to any Coinbase internal or customer data.”

But put Coinbase, the IRS, DEA, and talk of “identity attribution” together in a story and it’s little surprise that people throughout the crypto and blockchain industry are aghast at the prospect of the popular exchange in cahoots with federal agencies.

Jameson Lopp, co-founder and Chief Technical Officer of Bitcoin key security company Casa had one of the most strongly-worded and widely-shared tweet reactions, writing: “This is no surprise, our distrust in you is strengthened, we will make your analytics software obsolete.”

Crypto trader Josh Rager pointed to a Whale Alert tweet noting that 6,000 Bitcoin had just been moved from Coinbase, writing: “Millions of dollars seem to be leaving Coinbase as we speak. Investors & Traders are no longer limited to Coinbase or Bitmex. If you screw over customers, take part in shady deals or don’t improve product, customers can now go elsewhere to trade/invest.”

That’s just the tip of the iceberg for Twitter takes. Bitcoin entrepreneur Matt Odell tweeted at Coinbase CEO Brian Armstrong and asked, “Why do you hate your customers so much?” And The Crypto Lark opined, “Really just been a downhill slide since they came out against WikiLeaks.”

Decrypt has reached out to Coinbase about the controversy and will update this story accordingly.

This isn’t the first time that Coinbase has encountered controversy and criticism. The aforementioned suspension of WikiLeaks’ Coinbase account in April 2018 drew some ire, but the larger public pushback came last year when a #DeleteCoinbase movement sprung up on social media.

And in March 2019, Coinbase acquired Neutrino, the blockchain analytics provider that’s mentioned in documentation from the IRS. Three of the company’s board members had been involved with Hacking Team, a company that sold spyware to oppressive regimes in Saudi Arabia, Sudan, and Venezuela.

Coinbase ultimately sacked those board members, but the very same week, a Coinbase executive said that its previous analytics partner Elliptic had sold customer data—a charge that Elliptic denied. In any case, the confluence of controversies led to a significant backlash.

Will the #DeleteCoinbase hashtag get dusted off once more? All that depends on how Coinbase handles its latest PR disaster.