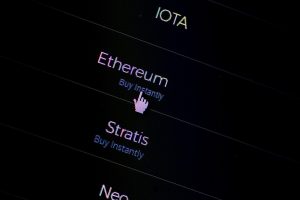 As per a recent ruling by Shenzhen court in China, Ethereum [ETH] is property with economic value and protected by the law, Chinese citizens are therefore not barred from owning and transferring these digital assets. The event took place when Li, a blockchain engineer was accused by the plaintiff, Haode Trade Co. Ltd, his former employer of stealing ETH worth over 6,000 Yuan ($846).

According to reports, Li was found guilty of theft.

Last year, he was contracted by the plaintiff as one of their blockchain engineers. Although he was deemed not qualified after a probation period, he mastered a private key and payment password of the Haode Star Project the company was undertaking.

He was however not satisfied with his termination and since he had the private keys and the payment password of the Haode Star project; he logged into the company’s account at imtoken and stole 3.3 ETH and four million Haode coins before transferring them to his OKEx and Imtoken accounts.

He has since returned the 0.4 ETH and four million Haode coins but that hasn’t stopped his incarceration. The Shenzhen court sentenced him to seven months in prison and a further 2,000 Yuan ($282) in fine and told to refund 5536.99 Yuan ($781) as damages.

However, it must be clear that Chinese laws doesn’t distinguish between property and property related interests in which ETH, a valuable digital asset can be interpreted as bearing both properties.

The cryptocurrency world has their eyes fixed in Chinese regulations and their impact on digital asset valuation.

While cryptocurrency exchanges and initial coin offerings (ICOs) are barred from mainland China, President Xi Jinping has clarified that blockchain is a big part of the country’s plan of being a world tech leader.

In a speech in October 2019 that temporarily pumped the prices of Bitcoin and altcoins, Xi said blockchain and emerging technologies as AI should be embraced and incorporated in the country’s vital sectors.

“Major countries are stepping up their efforts to plan the development of blockchain technology. Greater effort should be made to strengthen basic research and boost innovation capacity to help China gain an edge in the theoretical, innovative and industrial aspects of this emerging field.”

On January 1, 2020, the “Crypto law” took effect after it was passed by the Standing Committee of the 13th National People’s Congress in October 2019.

The new law set the standard for cryptography application and password management which also created a central cryptographic agency that will set policy and guideline for the whole industry.

Part of the law read:

“The key take away is — the developing of new cryptography, hashing algo, even the usage of the tech, will be in the official legal realm. This means you need to follow the CCP standard for all ‘encrypted’ behaviors, which can be VERY broad, from mining to block propagation.”