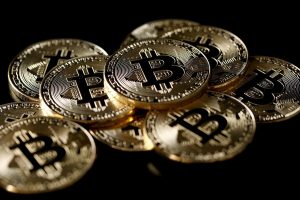 On May 20th, the price of Bitcoin (BTC) started rapidly tanking from highs of $9,700 as questions on the move of 50 BTC from an 11-year old wallet raised questions. Was it Satoshi? Is it a signal to buy or sell? Critics however tore apart the sudden market reaction to the transfer of the 50 BTC claiming it may be showing fragility in the market.

Binance CEO, Changpeng “CZ” Zhao reacted to the market movements in BTC on Wednesday by blasting the slow movements on the U.S. traditional market despite the trillions of dollars being printed by the Federal Reserve.

Someone (most likely NOT Satoshi) moves 40 early BTC, market panics.

The move of 40 BTC (roughly ~$39,000 at the time of the move) should not be enough to move a $180 billion dollar market according to some analysts. Critics have come forward claiming the large market movement from $9,700 to $9,100 signals a possibly manipulated market and shows the fragility of the market.

One observer in the market, Joe Weisenthal, disagrees with CZ’s comments insinuating that BTC may be better than the dollar yet. In a sarcastic and thought-provoking reply to CZ tweet, Joe wrote,

“Very insightful comment from the head of the world’s largest crypto exchange about how much more fragile Bitcoin is than the U.S. dollar.”

“Bitcoin Is a Free Market”

Bitcoin is built for this specific reason – let the markets decide. In a response to the critics, crypto analyst, Vijay Boyapati, defended the dip in BTC’s price following the move stating Bitcoin is a “free market”. Responding to the question on BTC’s market fragility, Vijay said,

It just demonstrates that #Bitcoin is a true free market. Prices adjust freely to discount potentially material information, unlike dollar denominated assets which are constantly manipulated by the Fed. https://t.co/26Iw9vGGPN

Bitcoin’s recent successful halving event signaled stability across the chain with the hash rate remaining stable despite miners’ revenue cut. While BTC remains volatile, Vijay does not believe the markets are manipulated as much as the Federal Reserve interferes with the stock market. He concluded,

“Unlike dollar-denominated assets which are constantly manipulated by the Fed.”