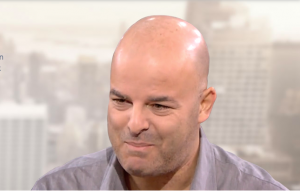 The bitcoin vs USD debate is never-ending with both currencies having their own share or pros and cons. When it comes to inflation rate, bitcoin seems to fare better than USD, having a lower inflation rate than the latter. Crypto analyst and founder of Standpoint Research Ronnie Moas is of the opinion that Bitcoin’s inflation rate will dip further after reward halving in 2020, therefore, establishing it as a more stable store of value than the US dollar.

Bitcoin’s Inflation Rate is 4% at Present

Popular crypto influencer Ronnie Moas recently took to Twitter to share that Bitcoin’s inflation rate at present was 4%, and it was going to dip below 2% after Bitcoin’s reward halving in May 2020. He also predicted that it was going to reduce to less than 1% in 2024. He compared the inflation rate with that of the fiat currencies of other countries, 70% of which have an inflation rate of greater than 4%. The USD dollar also belongs to this league of countries since the US dollar has depreciated 50% in the last 20 years as per Moas’ tweet.

If Moas’ prediction is proven correct, then it would imply that Bitcoin is a healthier store of value than fiat because it has a low and stable rate of inflation over an extended period of time. People in countries with high inflation rate, like Venezuela and Argentina are already flocking to Bitcoin. In May 2019, Bitcoin was trading above 3,50,000 “peso Argentino” or $20,000 in US dollar terms, owing to fears of extreme inflation.

Earlier in November, Ray Dalio, leading economist and founder of the world’s largest hedge fund, Bridgewater Associates, had also raised concerns about the viability of the three major world reserve currencies – dollar, euro and yen as viable stores of wealth.

Portfolio Managers Ignoring Bitcoin Are Not Fulfilling Their Fiduciary Responsibility

Ronnie Moas is also of the view that portfolio managers who have not yet diversified their clients into bitcoin are not fulfilling their fiduciary responsibility. He predicts that the US stocks might double in the next 5-7 years. But, before that, the growth will be interrupted by a spell of recession which is likely to occur in 2020-2021. Bitcoin, however, will most probably double in the next 5-7 months, says Moas.

His prediction for Bitcoin echoes with the predictions of many other analysts who believe that Bitcoin price will soar and hit a new all-time high upon reward halving. A technical analyst had predicted earlier in the month that Bitcoin will shoot up to $1,41,000 after halving. Given the current bearish mood of the market, and the halving just half a year away, it will be interesting to see how Bitcoin behaves in the coming months.