Crypto Adoption: This South African Nation is Building the Most Versatile & Advanced Crypto 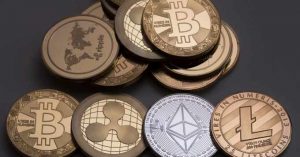 Lesotho, a nation in the South African sub-continent has recently signed a memorandum of understanding (MOU) with the Apollo Foundation for creating a multi-functional cryptocurrency. Interestingly, this makes the country one of the first in the African continent to take definitive steps towards adopting crypto and blockchain.

For the same, Thesele Maseribane, Lesotho’s Minister of Communications and Technology has signed an MoU on the behalf of the government with Apollo Africa Chairman Anthony Mokhele, who is also the Chief Executive Officer African of  Development Funding group (ADF).

As a matter of fact, Lesotho is one of the smallest countries in Africa with a population of  2.1 million people. As reported by a local media outlet, Africa Blockchain Media, an Apollo supporter revealed that the announcement came as a joint effort of both organizations to accelerate development in the African continent.

The latter cites Apollo currency as an all-in-one currency. It combines all features of mainstream cryptocurrencies in the fastest blockchain. It includes features like fast implementation of database sharding, adaptive forging, atomic swaps, two-second blocks, encrypted messaging, a decentralized marketplace, a decentralized exchange, decentralized applications, and decentralized file storage, making it the most advanced and feature-rich cryptocurrency on the market.

Bank Of Tanzania Warns Against Use of Crypto-Assets

As per the circular released by BoT, crypto-assets violate Tanzania’s foreign exchange regulations. Furthermore, the decision is in line with a blueprint used by several central banks. The document has been instrumental in reducing public interest in cryptocurrencies,thus hindering the adoption of cryptocurrencies in Tanzania.

Also, the confusing crypto scenario in China has given rise to several speculations if the nation really wished to adopt crypto or not.

Will South African Giant Manage to Build Its Token?

South Africa Telecommunications giant MTN is also gearing to create a token that will act as a universal digital settlement currency for all financial uses cases for all parties. The purported currency, MTNCoin will run on the Stellar blockchain. Furthermore, MTN believes that the token will help solve the continent’s long-standing challenges. These include a $60 billion remittance market, marked by exorbitant costs and long transaction times. Interestingly, the project also claims to solve the problem of the large unbanked population in Africa.

Earlier, this year the South Africa Reserve Bank (SARB), which is a regulator of the financial services industry said,

“Crypto-assets may create conditions for regulatory arbitrage while posing risks. (While) the financial system and all participants operate in a highly regulated area, which assists in ensuring a sound and safe financial system. Crypto assets, however, perform similar financial sector activities without the need for third-party intermediaries and without similar safety mechanisms. This leaves the crypto asset environment exposed to potential financial and consumer risks.”

This is one of the many reasons the SARB has shied away from endorsing cryptocurrencies as legal tender, a point the MTN paper duly notes. Furthermore, the consultation paper defines crypto assets as a token of value used for payments within a private community.

With that being said, it can be concurred that with or without regulatory endorsement, cryptocurrencies are expected to grow. While one part of the African Continent, Tanzania says no to crypto, the scene is far opposite in Lesotho.

Will Other African Nations soon warm up to crypto? Let us know, what you think in the comments below!

The post Crypto Adoption: This South African Nation is Building the Most Versatile & Advanced Crypto appeared first on Coingape.