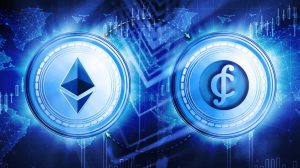 Credits blockchain team has officially announced the launch of a swap of ERC-20 CS token to CS coin, which is based on the company’s unique protocol. The mass migration of tokens assisted by KuCoin, the popular cryptocurrency exchange, will be held on 20th December 2019. All operations including trading, depositing and withdrawing on the tokens will be closed on the said date from 12:00 UTC for 24 hours.

There is a growing tendency of using tokens as a means of payment on the traditional markets. The blockchain economy has given rise to entirely new classes of assets like Credits.com’s coin.

CS Native Coin is an important part of Credits infrastructure which supports its operating, motivating its participants and creating new opportunities for application in financial models of a variety of businesses. Moreover, the ability to issue digital assets on the Credits chain creates a demand for Credits native token, which serves as intermediary currency for access to the purchase of tokens, issued on the chain.

Credits blockchain services allow companies around the world to create and store cryptographically secured data related to transactions and operations in blocks. Businesses can issue stablecoins, digital assets, tokens, and loyalty points through autonomous smart contracts on the Credits platform. They may also build services based on Credits’ technological solutions.

Over the course of development, Credits Blockchain has been able to carve its name in the international market by partnering with some of the top-tier companies including IBM, Lenovo and Mina Stones.

The lightning-fast infrastructure blockchain platform takes 0.1 seconds to confirm a transaction and generates about 5 blocks per second. The platform can process up to 1 million transactions per second, each transaction costing around 0.00001$. These huge volumes and supersonic speeds make Credits the first to have blockchain technology ready for mass adoption, especially with financial markets.