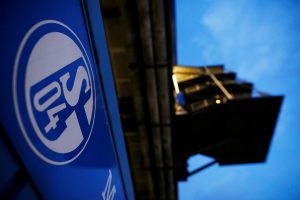 Among many others, Schalke 04, a leading German football club and a contender in the country’s top tier league Bundesliga, stares at a bleak future if the current coronavirus pandemic isn’t brought under control in coming months.

Coronavirus has been declared by the World Health Organization (WHO) as a pandemic. Because it is highly contagious, governments across the globe have put in place tough measures with some announcing lockdowns, banning social gatherings.

May 2: The Day TV Money Flows

According to a Kicker report, Schalke 04 is looking forwards to May 2, the day when the league’s organizer, the DFL will reimburse to Bundesliga clubs the fourth and the last installment of payments to settle pending contracts from the national media partners.

The expectation was that rights buyers including Sky, DAZN or ARD should have met their financial obligations by April 10. However, this has not materialized understandably because of football matches have been canceled.

Schalke 04 expects a payment of €15.8 million from the Deloitte Football Money League (DFL).

Fears of being insolvent are, therefore, a reality especially if TV money fails to flow by May 2. This is despite other measures such as a 15 percent waiver by professional and an appeal to lodge owners to waiver rent payments for the remaining four home games.

An existential threat, a board member Peter Peters took to Facebook, highlighting their liquidity plight.

“We also take things like tax deferrals, which the legislator has granted. We try to reduce expenses, have sent employees in short-time work and agreed with the players not to pay wages. But of course it all depends on when we can start earning money and playing football again. The longer this takes, the more drastic measures have to be taken.”

In another email, Alexander Jobst, a board member on March 17 added that the coronavirus crisis had pushed Schalke 04 to the edge, and the situation had turned into an existential threat.

Although they can always borrow a loan from Clemens Tönnies, the supervisory board chief, there is a high likelihood that they will convert their professional department into a corporation to stay afloat.

German clubs who are mostly backed by the community and not deep-pocketed billionaires are specifically filling the pinch.

For their position, Schalke supporters now hope the club will make a turnaround given how they reduced their liabilities in recent years.

Once supporter said that even if Schalke 04 fails because of their debts, they won’t die as long as the community supports them. On Reddit he said:

“Clubs will fail but they won’t die. If there is a supporter base, they will start again and probably be back close to where they were in five years. In the last decade the likes of Parma and Fiorentina went bankrupt but are both back in Serie A now.”

Together with Atletico Madrid and Valencia FC from Spain’s La Liga, Schalke 04 have partnered with Sorare, a blockchain fantasy game. Sorare is based on the Ethereum blockchain and through it users can pick and exchange digital identities of players from leading clubs.

Over 23 sporting clubs have partnered with Sorare, a boost for blockchain.