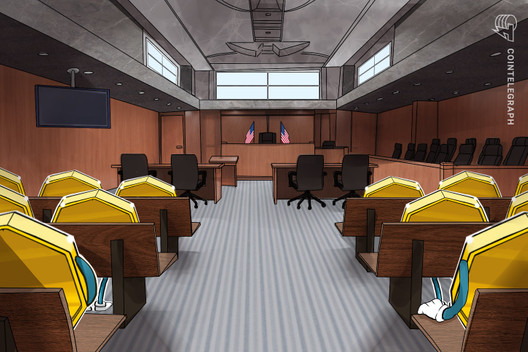 A three-judge panel has ruled that FBI agents who subpoenaed Coinbase records to show a man had used Bitcoin to access child pornography did not violate his Fourth Amendment rights.

They rejected the appeal of Richard Gratkowski, who was convicted of receiving child pornography and accessing websites with the intent to view child pornography in May 2019 and was sentenced to 70 months in prison with 10 years of probation.

On June 30, the court likened Coinbase to a traditional bank, citing the Supreme Court’s unanimous 1939 decision in United States v. Miller — which found that bank records were not protected by the Fourth Amendment.

“Coinbase is a financial institution, a virtual currency exchange, that provides Bitcoin users with a method for transferring Bitcoin,” wrote Judge Catharina Haynes.

An FBI investigation into a child pornography website had found that Gratkowski used Bitcoin (BTC) to pay for its content between June 2016 and May 2017.

Federal agents identified the wallets that had been used to send BTC to the website, leading to the FBI subpoenaing Coinbase for information on its customers whose accounts were associated with transactions sent to the website. The investigation informed a raid on Gratkowski’s home, where a hard drive containing child pornography was found.

Gratkowski appealed his conviction arguing that data concerning Bitcoin transactions should be subject to the same protections as was granted to cell-site location information in the Supreme Court’s 2018 Carpenter v. United States decision.

The panel of judges rejected Gratkowski’s argument, asserting that unlike cell-site location information, data concerning Bitcoin transactions do not comprise a “pervasive or insistent part of daily life” or provide “an intimate window into a person’s life.” The panel also emphasized the public nature of data transmitted via Bitcoin’s blockchain.

Bitcoin and the Fourth Amendment

Gratkowski’s is not the first case in which a defendant has sought to appeal to the Fourth Amendment — which protects people from unreasonable searches and seizures by the government — in a bid to argue that law enforcement’s seizure of cryptocurrency data is unconstitutional.

During the trial of Ross Ulbricht, the founder of anonymous darknet marketplace Silk Road, Ulbricht unsuccessfully claimed that his prosecution violated the Fourth Amendment in its use of data in identifying him.