Coronavirus: Crypto Analysts Estimate over 600 Cases, Not 86 as per US Official Report 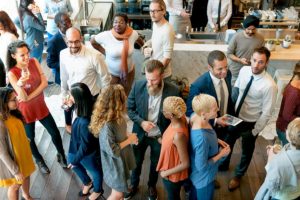 South-Korea, France, Italy, Iran, and including the United States are now taking aggressive action against the pandemic. The number of deaths confirmed in the US has increased to six this morning.

According to the 1-2% fatality rate, leading crypto-analysts suggest that the cases are being highly under-reported.

The out-break of Coronavirus has deeply impacted the prices of all investment assets. While the stock market is witnessing a revival now, the media reports indicate no relief from the scare just yet.

Recently, Mike Novogratz explained how Bitcoin went from being a hedge against to a risk asset.

How did $btc go from being a hedge against bad stuff to getting washed out and trading like a risk asset? When things go from bad, to very very bad like they did last week, investors take leverage down as fast as they can. They book profits to make up for other losses. Ouch.

On February, 28 the fall in 3.5% fall in gold as the stock market plunged as well showed similar characteristics as suggested by Novogratz above.

Nevertheless, apart from the reactions due to economic and trading factors, the ground level situation is getting affected world-wide.

US Officials Under reporting the Number of Cases?

Moreover, the uptrend in the stock market could only be a relief bounce, as the situation could worsen in the near futures.

According to a ‘rough’ estimate by leading crypto analyst, Balaji S. Srinivasan, while the US reports only 86 cases, the situation is apparently a lot worse. He tweeted,

Then a report of one death today would mean 50 infected four weeks ago — and 800 cases today. pic.twitter.com/3dYUIOWVdZ

Vinny Lingham, another prominent analyst and founder of Civic key, drew similar estimates where the probability of the cases being higher than 600 in the US is high. He tweeted,

Statistically, now that the US has 6 confirmed #coronavirus deaths, that we actually should have around 600 cases diagnosed (1% mortality rate). We have only 86 as per latest stats….

Work from Home and effect on Conferences

Jack Dorsey, the founder of Twitter and Square has called for taking large scale managerial steps in operating the firm via virtual interaction and ‘work from home’ only. He tweeted,

Out of an abundance of caution and care, both @Twitter and @Square are taking significant measures to help lower the probability of spread of #coronavirus #covid19, including strongly encouraging all of our employees globally to work from home if able. More here:

Other leading figures like Meltem Demirors and Udi Wertheimer express similar ideas to contain the spread of the virus and ensure a safe work culture.

Ryan Selkis, the Co-founder of Messari Crypto predicted a strong probability of the cancellation of Consensus, one of the largest crypto conferences. He tweeted,

The Paris Blockchain Week events have been cancelled, and I’d put the probability of Consensus ultimately being canceled at 50-75%+.

Recently, due to the break-out in Europe, the Paris Blockchain Week has been postponed until December 9, 2020. Paris has barred large social gatherings in the city closing down museum and art galleries.

Bitcoin 2020 conference in San Francisco is also around the corner scheduled for 27th March, 2020. If the estimates turn true and the spread is real, the situation might worsen before it gets better. In China, the break-out spread for than 2 months affecting over 80,000 people in the country.

Do you think we are going to see a large scale slow-down in the west as well? Please share your views with us.