Copycats and Copyright: Empowering Content Creators in the Digital Age 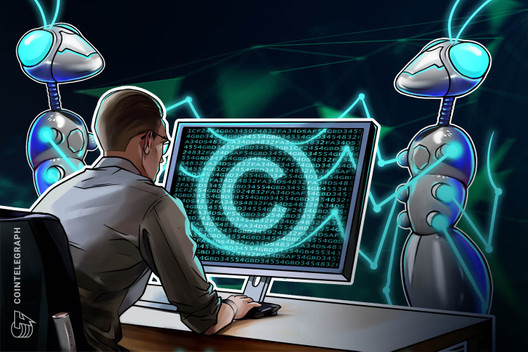 One of the greatest challenges for digital content creators is the ability to maintain copyright over their works, and blockchain tech can help them.

The narrative around blockchain technology as a great enabler of cross-sector innovation has endured since the technology’s perceived potential was assertively decoupled from fluctuations in the price of Bitcoin (BTC) in 2018.

The game of word association that intrinsically linked Bitcoin to blockchain has evolved significantly since then, broadening the scope of understanding around the transformative potential of blockchain on a global scale, with dynamic use cases permeating a wide range of industry verticals.

The principles of immutability, transparency and efficiency that are deeply ingrained in the fabric of blockchain align with the groundswell of data-savvy citizens who are acutely aware of the threats to their personally identifiable information and are keen to explore avenues to protect their proprietary data. This sentiment also extends to swathes of content creators who have grown weary of the fragmented copyright law landscape and the challenges they face when it comes to maintaining ownership rights over their work.

Using a decentralized, distributed model built around an immutable ledger for securely recording entries that are consensus verified, blockchain can be the constant that mitigates the risk of copyright infringement. Content creators can timestamp a bespoke piece of original work on the ledger to ensure proof of ownership at the moment of creation, providing a watertight guard against potential tampering by malicious actors.

For content authors and advocates of greater data privacy more broadly, the 2018 implementation of the General Data Protection Regulation, otherwise known as GDPR, represented a firm signal of intent from European Union regulators to prioritize the data integrity of the individual over vested corporate interests.

Under normal circumstances, the two-year anniversary of GDPR this month would be heralded as an opportunity to retrospectively assess the impact of the landmark legislation and celebrate a seismic shift toward a nonnegotiable compliance era for companies. Instead, the two-year anniversary will be marred by reports of regulatory leniency, with the current regulatory framework struggling to command the rigid compliance of the wider enterprise community.

The framework, originally established to deliver a paradigm shift for data privacy, has taken a back seat due to the current COVID-19 pandemic and resource constraints.

With reports suggesting that regulators are confronting resourcing issues that undercut enforcement efforts, the pendulum appears to be swinging back in favor of big business, primarily due to the legal costs associated with defending infringements by cash-rich corporations.

With regulatory hurdles and damaging public backtracking, most notably the recent reprieve for British Airways following the monumental fine levied at the aviation giant last year, GDPR’s star is fading. While the deferral of noncompliance fines and penalty extensions is somewhat understandable given the current challenges confronting the enterprise community, this regulatory latitude being afforded to businesses will likely undermine GDPR enforcement in the long term and is already prompting dissent among commentators keen to uphold the vision of full regulatory compliance.

Fortunately, the latest technological innovations, particularly within the burgeoning blockchain space, can be harnessed to greatly enhance copyright protection pertaining to digital assets such as videos, images and music. In fact, blockchain is already being leveraged in this context at the highest levels of industry and government.

The deployment of blockchain can go a long way toward alleviating pressures stemming from the fragmented copyright law landscape, enabling greater clarity around content ownership. It can also be a tool to help regulators strike the delicate balance between rigid enforcement of rules and encouraging a continuation of content and technological innovation.

China’s internet courts have prioritized the deployment of blockchain technology to provide safeguards to protect creative content creators, particularly from an evidence-collation point of view — an effort to uphold the legal rights of authors who publish work online. This represents the latest embrace of blockchain technology in Chinese courtrooms, following a 2018 ruling by China’s Supreme Court allowing blockchain to legally authenticate evidence.

At a time when popular apps such as TikTok are empowering a global community of new content creators, how apropos that the platform itself provides a showcase example of how blockchain can be used to strengthen intellectual property protection. Recently, TikTok brought a copyright infringement case against Chinese tech firm Baidu after Baidu replicated the TikTok platform by launching a similar app called Huopai. A video that had previously been uploaded to TikTok was subsequently made available to download on Huopai, a clear case of copyright infringement. To settle the case, TikTok officials were able to point to data stored on an immutable ledger that affirmed the authenticity of their claim, demonstrating the critical role blockchain can play in combating piracy and bolstering rights claims.

Other social creator platforms such as OGQ have recognized how blockchain can be utilized as a means of helping content creators maintain copyright ownership over their works. Blockchain imbues a sense of confidence among content generators, delivering advanced levels of protection and verification for hundreds of millions of users’ digital assets. Additionally, the use of ledger-enabled digital tokens can open up new avenues for content creators to buy and sell bespoke digital assets and ensure a secure transfer of ownership.

While recent GDPR backtracking optically damages the framework’s far-reaching authority, the GDPR-inspired California Consumer Privacy Act of 2018 is still having a positive effect, with up to $55 billion expected to be spent on compliance-strengthening measures in California alone, including blockchain-powered solutions.

As we adjust to a new normal — the post-pandemic world — the data privacy and copyright law landscape will be primed and ready for a phase of recalibration, both from a regulatory and technological perspective. Blockchain has the potential to be the agent of change that helps accelerate and streamline key copyright processes, addressing some of the most prevalent challenges for digital content creators while adding much-needed fuel to the data protection drive.

Andy Ji is the co-founder of Ontology, a high-performance public blockchain and distributed collaboration platform. Andy currently serves as deputy secretary-general of China’s Ministry of Industry and Information Technology’s Blockchain Technology and Industrial Development Forum. He previously led the blockchain initiative of the Wanda Group, a leading Chinese science and technology innovation conglomerate. He was also deputy director of the China Blockchain Ecosystem Alliance. In addition, he served as a director at Hyperledger, a multiproject open-source collaborative effort to advance cross-industry blockchain technologies. An early entrant into the world of blockchain, Andy contributed to the Chinese Ministry of Industry and Information Technology’s blockchain white paper and standards. He has written several books on blockchain and regularly leads blockchain community events.