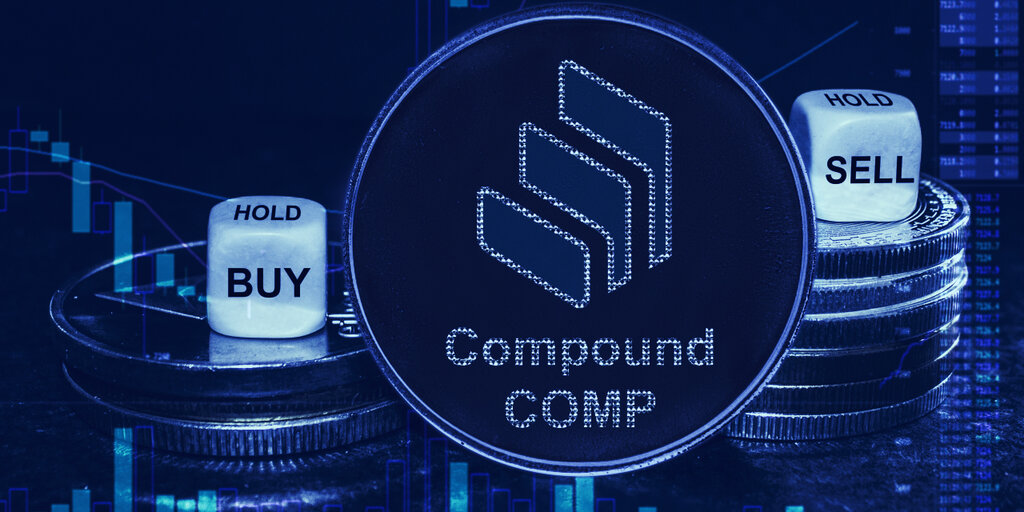 Compound’s COMP token has only been trading for about two weeks, and it’s already just outside the top 20 cryptocurrencies by market cap.

But anyone joining the DeFi party now may have missed out on the top.

Today, COMP is down by around 10%—and that’s during a trading day when most other coins saw marginal gains. Compound’s governance token is now trading for around $235, a drop of nearly 40% from its all-time high of $382 last week.

COMP initially went live for trading on June 15, after users of the Compound lending platform began earning COMP tokens. Later that same week, San Francisco-based crypto exchange Coinbase (an early investor in Compound) listed the COMP token on its pro trading platform. By the end of the week, COMP’s price had soared by more than 300%.

Since then, however, COMP’s price has been on a steady descent back down to earth. While the “Coinbase Effect” may have brought it back from the depths of $208 per token, when the exchange announced last week that it would list COMP across all its platforms, the days of $200+ for Compound’s token may be numbered.

Even as Compound hits milestones like $1 billion in total value locked, and COMP gets listed on more and more exchanges, some analysts believe the token is severely overpriced.

According to former Multicoin Capital principal Tony Sheng, even Compound’s own team believes COMP is overvalued at $200. Sheng argued in a blog post last week that the way in which COMP was listed and distributed has caused continuous and intense selling pressure on the token. What’s more, roughly 46% of all COMP tokens are still held by the Compound team, he cautioned.

“It’s going to be a bumpy road,” Sheng wrote. “Just as investors lost their shirts buying into the outlandish promises of the ICO era, so too will investors in the DeFi era lose their shirts under-appreciating the risks of illiquid markets and corruptible oracles.”

Meanwhile, Balancer’s BAL governance token, another DeFi coin that was similarly listed and distributed, is now trading for $10.61—down nearly 20% from its own all-time high last week.