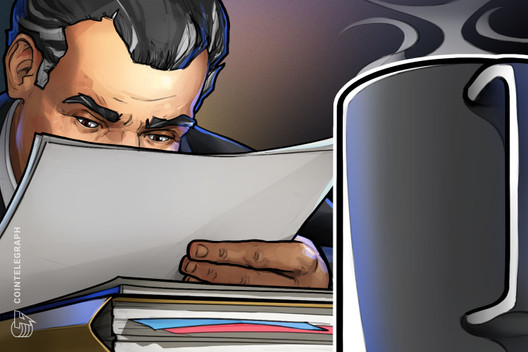 A Compound proposal could put a major dent in the profits for all yield farmers.

The proposal was submitted on Wednesday and outlines several ways that the vesting could be implemented. One would involve discrete vesting where the tokens could be claimed at periodic intervals, while another proposes “continuous vesting” that frees tokens gradually as they reach maturity.

Either solution would be in stark contrast to how the reward system is set up right now, where the vesting time is effectively zero. While COMP is not immediately distributed into user wallets, it can be claimed at any point in time either by interacting with the protocol or explicitly calling a claim function. This is mostly a gas saving measure.

With no vesting, yield farmers can simply pool their liquidity to earn COMP and immediately sell it on the market. This has resulted in a somewhat perverted incentive that goes against the stated purpose of the COMP distribution. The idea behind it is to distribute ownership and governance of the platform to its users, but in reality the distribution is currently dominated by whales who are looking for an instant profit.

Adding vesting would discourage “purely capitalist yield farmers,” as Compound Labs CEO Robert Leshner referred to them, from committing their capital to the protocol for a short-term gain.

If the proposal were to pass, however, it could have a powerful effect on the current DeFi ecosystem.

Cointelegraph previously reported that Compound is by far the largest recipient of DAI minted from MakerDAO (MKR). According to Defipulse data, the protocol currently holds 211 million DAI, which in addition to being over 46% of all current DAI, is also 55% more than its total June 30 market capitalization of $129 million.

The timeframe is crucial as DAI only became the primary yield farming asset on Compound since July 2. Cointelegraph previously reported that DAI’s recent supply surge was largely due to yield farming demand from Compound and other protocols.

While Compound is rarely the most remunerative yield farming protocol, it has been the most stable and high volume source of yield, largely due to its relatively steep distribution curve and high market capitalization. Current base yields amount to about 8% APY, which can be approximately tripled by entering a leveraged DAI position.

Tightening the yield tap through vesting could result in much of the capital unwinding, sending Compound and likely Maker’s total value locked downward. Due to a somewhat widespread belief that TVL reflects the protocol’s success this could result in token prices going down as well. On the other hand, the selling pressure would be lowered significantly, which could have a counterbalancing effect.

Nevertheless, the decision would significantly limit a major portion of total liquidity mining revenue, most likely affecting all other protocols in some way.