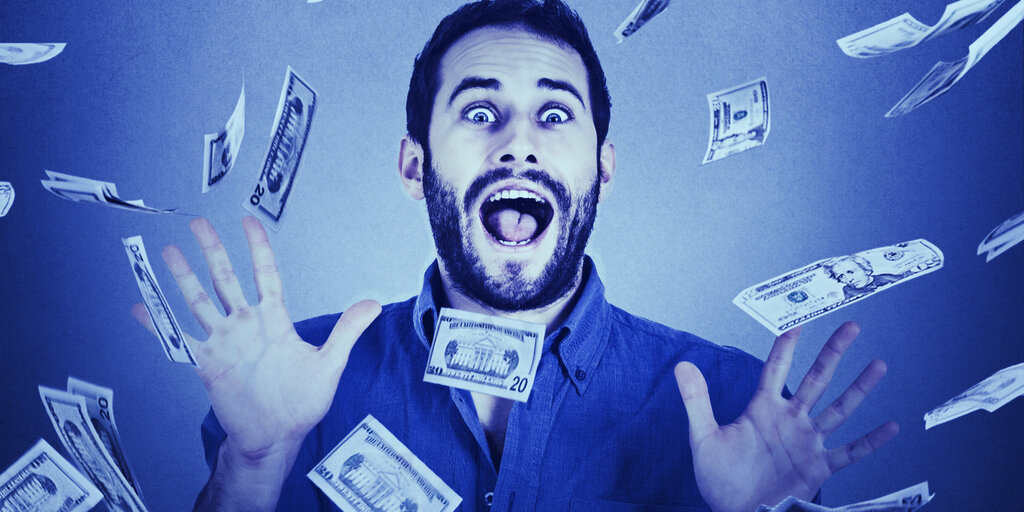 The price of Ethereum-based decentralized finance (DeFi) token YFI, initially designed to be “a completely valueless 0 supply token” that “has 0 financial value,” has just reached an all-time high of $11,275 today, according to CoinGecko.

Since breaking the milestone, YFI’s price has scaled back a bit, trading at around $10,800—still up roughly 55% on the day.

As Decrypt explained, YFI is the governance token of yEarn, a DeFi yield-farming protocol developed by Andre Cronje that helps users to move their assets between various liquidity pools. Those who hold the token are able to vote on how the network works.

YFI’s unbelievable growth can partly be explained by the overall boom in the DeFi space as well as by the token’s very own nature. First of all, it has a comparatively minuscule total supply limited to just 30,000 coins. Second, over 60% of them are currently locked in various staking pools, data scientist Alex Svavenik noted.

If you're wondering why YFI keeps pumping, consider this:
>60% of total supply is locked in staking pools.

What this means is that more than half of YFI are not liquid and don’t participate in trading,  thus the demand for tokens far outweighs the available supply, driving the price up. Since yield-farming allows holders to receive interest “out of thin air” by staking and lending their tokens, the majority of them aren’t really in a hurry to part with their assets. But it also means that if they all suddenly sell—it could crash the price.

A hard train to jump on

Simultaneously, looking at YFI’s rapid growth, crypto enthusiasts shouldn’t beat themselves over “missing the gravy train.” Thanks to the token’s small supply cap, it’s rather unlikely that YFI made a lot of people millionaires in just a few months, some experts argue.

“There are only 30,000 of them. So I don’t think it turned too many people into millionaires if any to be honest. There was almost never enough supply available, and the folks who were able to ‘yearn’ enough of them, did so via providing millions in liquidity,” pointed out Dennison Bertram, a former developer advocate at security audits firm OpenZeppelin.

Not to mention that even YFI’s developer Andre Cronje himself didn’t see any profit from his creation, leaving the platform’s governance completely in the hands of its community.

Plus experimental DeFi projects are risks. Last week, investors piled into the radical project YAM, only for a bug to crash the network—and its price.