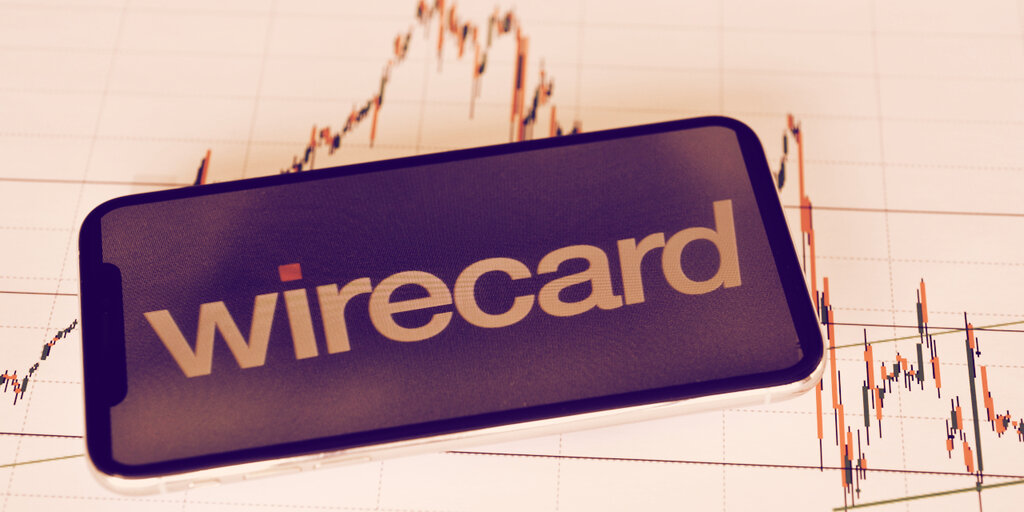 German fintech company Wirecard is in a $2 billion dollar hole.

Its auditor, Ernst & Young, has informed the company that one of the trustees for its many bank accounts reported a “spurious balance” to mislead the auditor regarding the company’s true cash balances, according to a press release.

Ernst & Young’s Munich arm could find “no sufficient audit evidence … of cash balances on trust accounts … in the amount of EUR 1.9 billion” ( or USD $2 billion), the press release stated.

A trustee of Wirecard, according to Ernst & Young, attempted “to deceive the auditor and create a wrong perception of the existence of [these] cash balances [and/or] the holding of [fake] accounts for the benefit of Wirecard group companies.”

The missing billions represent “approximately a quarter of the consolidated balance sheet” for the company.

Wirecard, which operates the Crypto.com and TenX cryptocurrency debit cards among other services, will not be releasing their financial statements as scheduled on June 18, 2020 because of the discrepancy and potential fraud. “If certified annual and consolidated financial statements cannot be made available until June 19, 2020, loans made to Wirecard AG amounting to approximately EUR 2 billion can be terminated,” the release stated.

Wirecard’s stock continues to plunge on the news, down 60% on the day.

Wirecard operates various payment services in addition to its cryptocurrency debit cards, and it’s unclear where the financial hole has surfaced across its accounts.

Crypto.com CEO Kris Marszalek said on Twitter that all of Crypto.com’s debit cards are “fully prefunded” and “held by an [electronic money institution] regulated by the UK FCA in segregated client accounts.” (In other words, the accounts for these debit cards are held by an EMI, which acts like a payment processor or a digital money custodian that is not fully recognized as a bank under EU regulations).

Marszalek emphasized that, with regard to cryptocurrency, “Wirecard does not have custody of any crypto held by http://Crypto.com.”