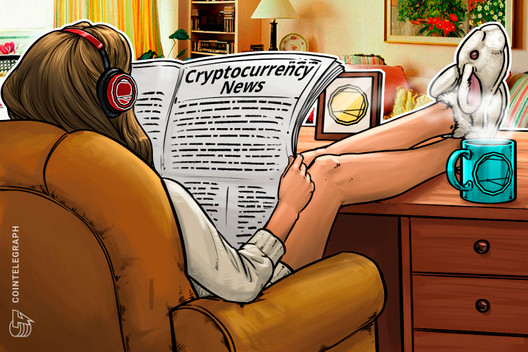 CoinMarketCap has withdrawn BNB as the top DeFi token claiming it was a mistake.

CoinMarketCap listed its parent company’s token Binance Coin at the top of its new DeFi list — and then quickly withdrew it following a barrage of criticism.

Right, $BNB! What a coincidence. At this point, everybody has to realize how shameless #Binance is acting pic.twitter.com/GMFBcRRLhO

The tweet soon went viral. CEO and founder of Three Arrows Capital retweeted it simply saying “Wut”, while crypto trader Qiao Wang said it was a sign projects were rebranding to DeFi to cash in on the hype:

“Total DeFi market cap will 10x in the next 3 months not because current DeFi projects will 10x, but because all crypto projects will rebrand themselves as DeFi.”

CMC said in a statement that Binance’s listing in the DeFi ranking was a mistake and that CMC maintained its neutrality from parent company Binance:

“Like any of us, the people that work at CMC are human. The addition of BNB to the CMC DeFi page was a case of human error, and when it was pointed out to CMC, we rectified that error.”

The incident is only the latest in a series of controversial changes that occurred in the aftermath of Binance acquiring CoinMarketCap in March. Changes to CMC’s exchange ranking algorithms have appeared to favor Binance, pushing it into the top position.

The DeFi listing came the same day, Binance announced the integration of the Binance Smart Chain with Chainlink data oracles. According to Binance, this integration will allow its smart contracts to expand into DeFi, payments and asset management.