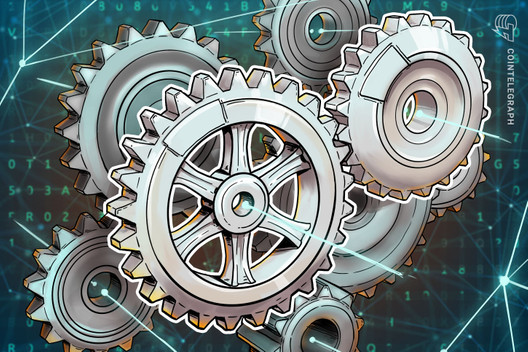 Leading data provider CoinMarketCap has been making changes to its algorithm since it was acquired by Binance.

Top crypto data aggregator CoinMarketCap (CMC) has introduced yet another algorithm update following its acquisition deal with Binance, according to a CMC blog post published yesterday.

The data provider, which was purchased for an unspecified sum by Binance in early April, has started adjusting its ranking system soon after the deal took place. As a result, Binance has come on top of its exchange ranking, drawing criticism from the community and other trading platforms.

In its latest update, CMC implemented a new algorithm “to replace the previous default ranking of exchanges by Web Traffic Factor” introduced earlier on May 14. According to the data aggregator, Web Traffic Factor analyzes the user activity on trading platforms, including the number of page views, unique visitors, the time spent on site, search engine bounce rate and search engine rankings.

The new algorithm has shifted from tracking web traffic to a more complex method that involves market rankings and the so-called “Confidence score”. Both of these metrics were introduced earlier on May 29 for the ranking of market pairs, and now they have been applied to the platform’s ranking of exchanges.

The latest update supposedly concludes the “first phase of changes to the exchange ranking” on CMC. “Our users can expect this new ranking to be the staple for the next few months,” the blog post reads.

Binance continues to hold the first place with a 1,000 Web Traffic Factor score after the latest change took place. According to the data aggregators’s website, the top exchange “will always be given 1,000 points, and the rest of the exchanges are given scores based on a relative comparison against that exchange”.

When asked whether this update has in any way been influenced by the criticism the platform faced as a result of Binance taking the number one spot in exchanges ranking, CMC interim CEO Carylyne Chan told Cointelegraph:

“No, this new update has been in the works all along. As we mention in our blog post on the updates to our ranking algorithm, we are adopting an iterative approach to changes, and the Web Traffic Factor ranking was just one of those steps.”

She added, “I sincerely believe that this iterative approach, not just with rankings, but with all our upcoming products, will help us to get minimum viable products […] to our users’ hands quicker, and for us to incorporate their feedback in a more agile manner. We hope that these faster rounds of iterations will help us co-create products with our users that will meet their needs better.”