CoinGecko: Bitcoin exchanges may be paying for web traffic 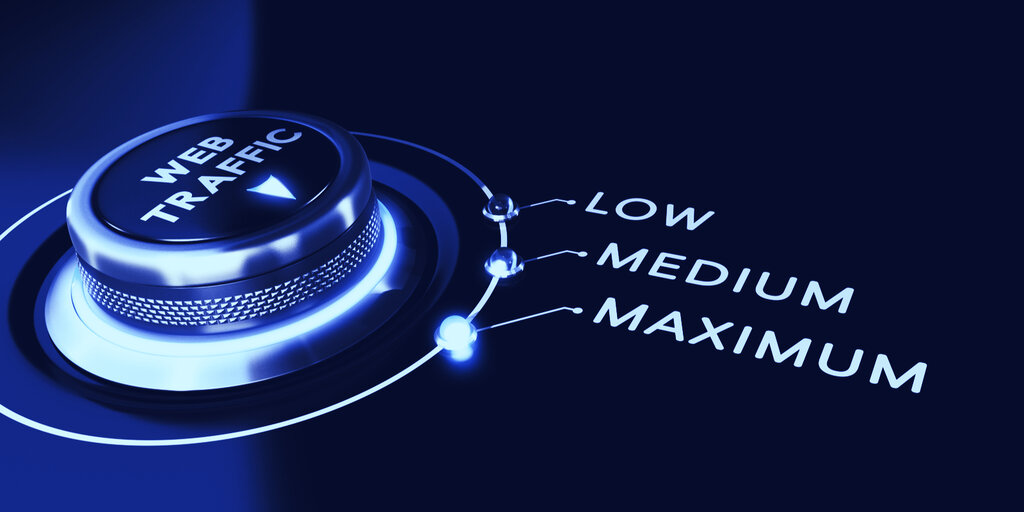 A report by data analysts CoinGecko claims that crypto exchanges might be juicing the amount of online traffic visiting their websites.

In particular, the report noticed that crypto exchange OKEx saw lower trading volumes in the second quarter of 2020—but its web traffic was up 239%. This is strange because web traffic can often correspond to trading activity (more people using the site means more people regularly trading).

3/+16M (+239%) @OKEx was surprising given that they massively outperformed the rest of the industry.

However, there were 2 red flags:

The biggest one was Adbtc, a site that pays people in Bitcoin to click on websites. The site claims it has 78,000 active users and created 866,000 impressions on the last day for its featured websites. Others included Coinpayu, which lists OKEx as one of its projects, Cointiply and Adeth. All three offer some form of crypto for clicking on advertisements, using referral links or completing tasks like viewing a website.

When asked for comment, OKEx CEO Jay Hao replied that every company in the crypto space should be focused on growth. “We continue to accelerate our exposure by focusing more on organic growth, strategic partnerships, and launching the most innovative and diverse suite of products in the market,” he said.

Hao added that web traffic is an unreliable indicator for ranking exchanges and that exchange volume depends more on market volatility.

CoinGecko also noticed some paid traffic heading towards Binance but it was a very low percentage of its overall traffic. When reached for comment, Binance said it had conducted a week-long test of paid traffic. But after seeing a low conversion rate to new traders, it has no plan to do any more testing.

Why web traffic is so important

On May 14, crypto’s biggest data metrics site CoinMarketCap revamped its metrics, putting “Web Traffic Factor” as the default ranking. This put a much greater emphasis on the amount of traffic an exchange was seeing, instead of trading volumes.

When trading volumes were the default metric, many exchanges used high levels of wash trading to boost their rankings—hoping to gain more exposure that way. But now that CoinMarketCap is measuring web traffic, and other sites like CoinGecko already include web traffic as a factor in their metrics, there is a greater incentive for exchanges to get more people visiting their sites.

Bobby Ong, co-founder and COO of CoinGecko, told Decrypt, “It is possible that exchanges are paying for traffic to boost rankings as crypto data aggregators now take into consideration web traffic. It is also possible to argue that these ad networks were running affiliates for these exchanges without any active involvement from the exchanges.”

“It is also possible that one may argue that Similarweb stats are not entirely accurate due to sampling issues,” he added.

But it sure sounds like web traffic juicing is the new wash trading.