Coinbase vs. Binance: The battle for crypto's soul

Coinbase vs. Binance: The battle for crypto's soul 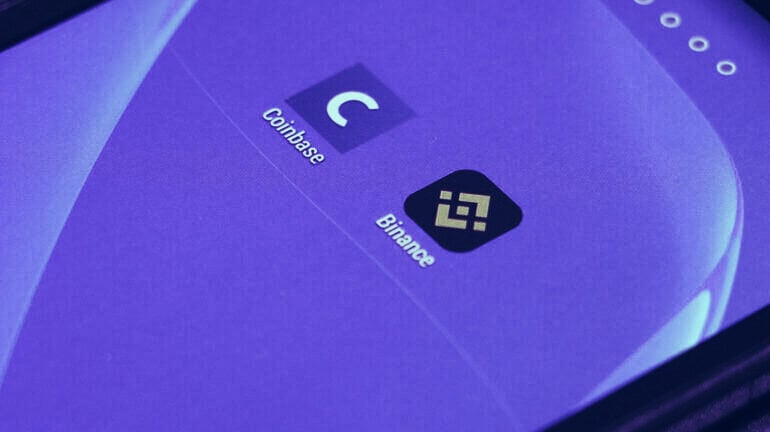 Coinbase’s willingness to comply with regulators was both a blessing and a curse for the exchange, according to journalist and author Jeff Roberts. And it left the door open for rival exchange Binance to soak up the crypto industry.

Roberts, who wrote Kings of Crypto—which delves into Coinbase’s origins—explained on episode 126 of the Unchained podcast, “By complying with US regulations, which I think many in crypto correctly say are too onerous—that opened the door for Binance to start running circles around them.”

While Coinbase’s regulatory compliance helped make cryptocurrency more mainstream and approachable, it also slowed down the company’s innovation. This in turn opened the door for Binance, which has grown aggressively while Coinbase waited for regulator blessing.

“The regulatory thing is a mixed blessing for them—it’s helped them become mainstream, but it has also impeded their ability to innovate,” he added.

In 2017, Coinbase was the largest cryptocurrency exchange in the world, points out Laura Shin, the podcast host. But that same year, Coinbase suddenly saw a lot of customers take their coins off the exchange and move them to Binance.

Within five months of opening, Binance overtook Coinbase as the number one exchange in the world. Today Binance has trading volumes of $7.4 billion, while Coinbase Pro (its professional trading platform) has just $614 million, according to CoinMarketCap—which is now owned by Binance. Those numbers however, don’t include Coinbase’s non-pro users, the exchange doesn’t release figures for those. Looking at raw user numbers however, Coinbase dwarfs Binance. The US-based exchange has 30 million users while Binance has half that.

The sudden and swift sea-change can be explained mostly by Binance’s willingness to list hordes of new altcoins, while Coinbase dragged its feet over fears of legal reprisals from regulators.

“I think that was and is an interesting story—the nimble ability of Binance to build what they want, and operate the way they want to. And Coinbase became bureaucratic as a result of having to comply with regulations,” he said, adding, “Coinbase was polishing up their old Ford and feeling really proud, whereas Binance was building a Porsche. And I think they got beat.”

The battle between a compliant incumbent and a nimble upstart is all too familiar. In the tech world, household names like Facebook and Uber built products and services at such a pace that the rules and regulations designed to keep them in check could barely keep up. As a result, the industries they disrupted – private transport and ad networks – were left in the dust. Had they waited for the slow wheels of rulemaking to turn, would they have become quite so large, or as profitable?

The battle between the exchanges is a battle for crypto’s soul: Does crypto want to remain the rebel on the fringes, not caring about the rules and drawing like-minded people to this anti-establishment banner, or does it want to be embraced by the rule makers and become a legitimate alternative to capitalism? Neither side can safely claim victory, but the battle lines have been firmly drawn.