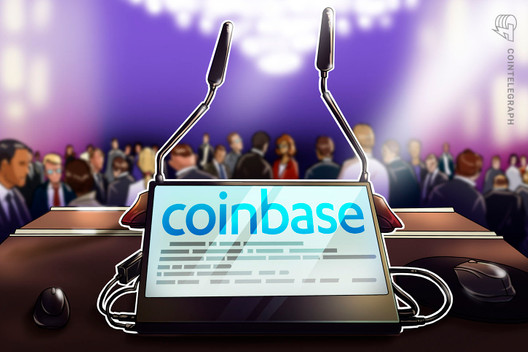 Major crypto exchange Coinbase is rolling out Tezos staking rewards for users in the United Kingdom and three European countries.

In an announcement on May 28, the exchange revealed that users in the U.K., France, Spain and the Netherlands are now eligible to earn interest on their XTZ holdings for depositing and holding the token on the exchange.

According to Coinbase, since this feature was launched in the United States back in November, users have earned over $2 million in XTZ staking rewards.

In blockchains that use a Proof-of-Stake system, staking enables network participants to earn a form of “interest” on their holdings, as long as they are willing to lock up their funds to help maintain the operations of the network.

The system works because, as opposed to Proof-of-Work systems such as Bitcoin (BTC), nodes in a PoS network are engaged in validating blocks, rather than mining them.

Validators for each block on the network are selected, algorithmically, on the basis of the number of tokens a given node has staked in their wallet — i.e. deposited as collateral in order to compete to add the next block to the chain.

Token holders can either use a delegated staking service or actively participate in staking their tokens themselves — or, as in the service offered by Coinbase, use an integrated staking feature on a cryptocurrency exchange.

Staking holdings can yield significant percentage returns, depending on the size of the participant’s stake: Coinbase indicates that the current estimated annual return for Tezos staking on the exchange is around 5%.

Staking services, both retail and institutional

On the retail end, major exchanges such as Binance have chosen to launch dedicated staking platforms rather than integrating the feature like Coinbase.

Some in the crypto community have in the past criticized the increasing prevalence of centralized staking services operated by leading industry players, as well as pointing to other potential drawbacks of the Staking-as-a-Service business model.