Coinbase founder Brian Armstrong has come out with a strong public criticism of Apple for its App Store policies, which prevent the app from enabling users to earn cryptocurrency and access DeFi apps.

On Twitter, Armstrong described Apple’s policies as a “conflict of interest,” likening them to Microsoft’s antitrust issues at the turn of the millennium.

In a lengthy post, Armstrong outlined the difficulties Coinbase has had with Apple. He stated that the cryptocurrency exchange had exhausted every possible engagement channel with Apple, leaving him with no choice but to go public with the matter.

Here is the issue. Apple has told us we cannot add the following functionality in our iOS apps: (1) the ability to earn money using cryptocurrency and (2) the ability to access decentralized finance apps (sometimes called DeFi apps or Dapps).

Closing Off Financial Opportunities to Users

Armstrong’s main beef is that Apple does not permit Coinbase iOS apps to embed any functionality that allows users to earn money in cryptocurrency and to access decentralized finance (DeFi) apps. Preventing this sort of side income, he says, is not only counterintuitive amidst a recession but also results in a bad user experience as people are compelled to switch back and forth between web and app platforms to claim crypto rewards.

Apple was recently dragged into litigation with Fortnite developer Epic Games following its decision to ban Epic’s App Store developer account for enabling an in-game purchase option that bypassed Apple’s payment system. Armstrong believes that the decision to restrict such access is not defensible and Apple is exercising undue control over its users’ choices.

In his opinion, since Dapps and DeFi apps are really just openly accessible websites, Apple has no credible reason to deny access to them. In his words:

I feel like Apple customers should be made aware: the crypto apps you use on iOS are not missing some features you want because the teams haven’t gotten to them, those features are being censored by Apple. 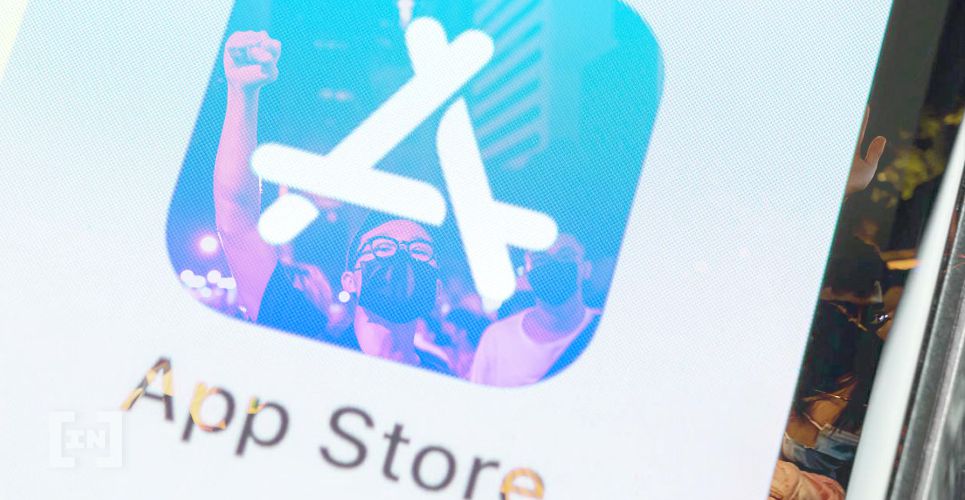 Going further in his impassioned Twitter thread, Armstrong accused Apple of having a conflict of interest in creating and enforcing App Store restrictions which purport to protect customers but actually just shield the mega-corporation from competition. Since the App Store does not have crypto payment integration, Armstrong’s inference is that Apple wants to prevent any way to escape its standard 30% cut on every transaction, as it did with Epic Games.

According to the Coinbase founder, such behavior is reminiscent of the kind of anti-competitive practices that led to the United States vs. Microsoft antitrust lawsuit in 2001. Armstrong stressed that Coinbase wants to work with Apple and perhaps even find a way to integrate crypto payments into Apple’s native payment system. Concluding his open message, he informed all readers that Coinbase plans to formally request for Apple to enable access to crypto rewards and DeFi apps.

At press time, Apple was yet to respond publicly to Armstrong’s thread.