Coca-Cola for Bitcoin – Is Crypto on the Verge of Mainstream Adoption? 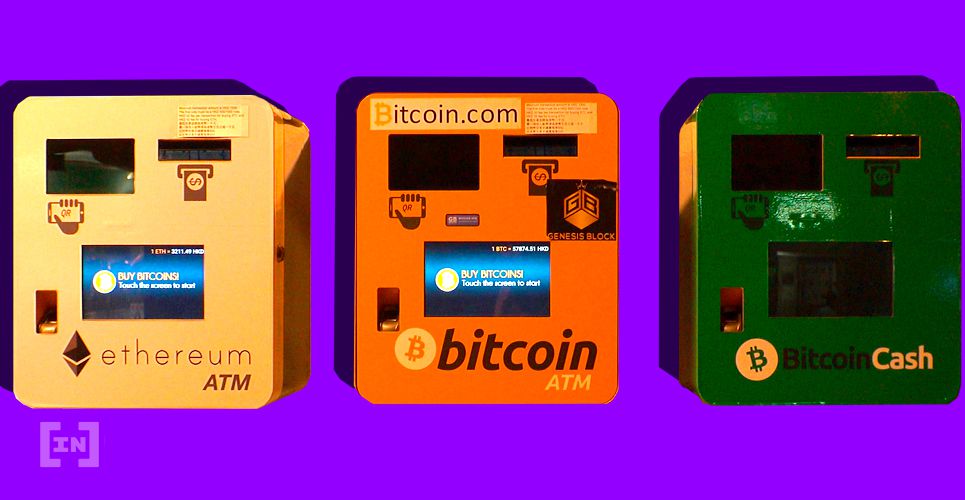 Centrapay recently announced a new partnership with Coca-Cola Amatil (CCA) in both Australia and New Zealand.

The agreement will allow thirsty antipodeans to purchase products from Coca-Cola vending machines using cryptocurrency. Specifically, Bitcoin will be the accepted token for these payments.

Bitcoin Cokes, Thanks to Smartwallet

It’s all made possible thanks to a partnership between Centrapay and Sylo, using the latter’s SmartWallet product. SmartWallet app customers will be able to scan their phone at the vending machine to dispense their drink of choice.

The SmartWallet app allows any form of ERC-20 crypto-token to be stored. For the initial roll-out, however, Bitcoin is the only accepted currency.

The service will be available at over 2,000 Coca-Cola vending machines in Australia & New Zealand that have a QR payment sticker. Centrapay CEO, Jerome Faury, says that integration complexity and poor user experiences are barriers to the adoption of Web 3 technology, particularly for things like digital identity and assets:

We have solved both these issues. Centrapay is pioneering the way to enable this new internet of value and bring its benefits to both consumers and merchants.

He goes on to explain:

And it comes with the added benefit of reducing physical contact and addressing the hygiene concerns we’ve all become acutely aware of due to COVID-19.

Bitcoin – on the Path to Legitimacy?

It’s one of the most debated topics in the cryptocurrency industry. Can Bitcoin (or any other crypto) move from being merely an investable ‘commodity’ to becoming a replacement for fiat?

An excellent first step would be to use crypto to purchase goods and services, of course. This is a clear point on the roadmap to greater acceptance of cryptocurrencies such as Bitcoin.

So, in principle, this is good news. With a brand as large as Coca-Cola coming on board, this could dramatically increase the rate of crypto-payments worldwide. What’s more, the Company has plans to expand to other regions, if successful.

However, there are two major concerns to overcome.

Decentralized and Open Is Key

Firstly, what is the walled-garden nature of this offering? To make a purchase, you will have to use Sylo’s Smart Wallet application. This is a proprietary app that merely acts as a crypto wallet. Aside from Bitcoin, the app provides a number of ERC-20-based tokens.

Questions still remain around the decentralized nature of many of these tokens, however. If the future of cryptocurrency results in the form of legal tender, it will need to be done more openly.

Can Bitcoin Handle These Small Transactions?

Secondly, can Bitcoin handle the initial rollout? On the one hand, it’s good news that they’ve opted for the flagship instead of their own proprietary token. On the other, it’s a great shame that they didn’t choose Bitcoin Lightning or a similar scaleable token.

It’s well-known that Bitcoin has severe issues with its scalability. This is due to the underlying way the network works and in how Bitcoin blocks are mined. As a result, Bitcoin tops out at roughly 27 transactions per second (TPS).

Traditional payment providers such as Visa, on the other hand, can process up to 1,700 TPS. In other words, if you’re going to roll out micro-payments on vending machine transactions without adequate scalability features, then you run the risk of payments ‘clogging up’ the system.

By using a fast cryptocurrency option such as Bitcoin Lightning or Ripple’s XRP token, you would be able to avoid these bottlenecks. The decision is perhaps an understandable one, due to Bitcoin’s popularity and mainstream awareness. However, this choice means that Coke’s current solution is unlikely to be a long-term one.

Red Bull Did It First

Cryptocurrency is still a mysterious technology to many, and this type of innovation isn’t new. Back in 2016, Red Bull unveiled a Bitcoin-only Red Bull machine at the Hackers Congress in Prague, Czech Republic.

The post Coca-Cola for Bitcoin – Is Crypto on the Verge of Mainstream Adoption? appeared first on BeInCrypto.