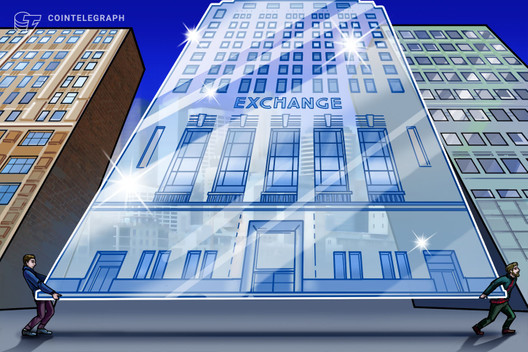 Reports indicate the Iranian-based crypto exchange ‘Bitisis’ is actually a Ponzi scheme that has attempted an exit scam.

Chinese police are currently investigating the exchange’s disappearance, with the platform appearing to have transferred users’ assets to three wallet addresses after abruptly suspending operations.

However, the addresses in question are held by major cryptocurrency exchanges and have been frozen. The operators of Bitisis are reportedly linked to a number of other similar exchanges.

According to 8btc, Bitisis lured investors with promises of abundant arbitrage opportunities affiliate referral commissions and embarked on an aggressive marketing campaign targeting the users of prominent Chinese social media platforms including Baidu, Zhihu, and Tieba.

The report describes Bitisis as a pyramid scheme and a crypto exchange wrapped up in one, allowing users to convert Bitcoin (BTC) into its native token IRRT as a means to access Tether (USDT).

However, users seeking to convert from IRRT would reportedly encounter a myriad of withdrawal and verification requirements.

Users report eventually receiving an email informing them that Bitisis had suspended its business, prompting them to engage law enforcement.

8btc reports that multiple sources have indicated that Bitisis’ operator is actually based in China, with the platform having been hosted using Alibaba’s cloud servers early in its operations.

Bitisis’ operator is reportedly a member of a ring that operates multiple exchanges based in various jurisdictions outside of China.

The group is believed to also operate the Venezuela-based ‘Bit-Ven’ scheme, which has distributed marketing materials that are near-identical to those published by Bitisis.