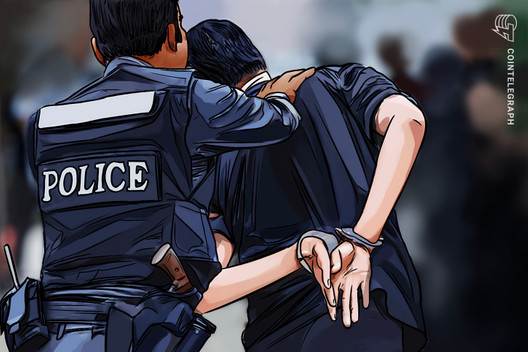 Chinese authorities have busted a group of scammers allegedly claiming to be “Huobi officials”.

Chinese authorities have dismantled a group of alleged scammers posing as Huobi exchange officials, who were operating an over-the-counter (OTC) website.

As reported by local media outlet Jinse, on May 20 police arrested 12 suspects in Guangdong province believed to be behind the scheme, after an investigation found that WeChat crypto trading groups had been infiltrated from November 2019.

Scammers persuaded victims to invest in the fake OTC platform, which was used for money laundering, and then sent the defrauded money to overseas accounts.

Local authorities announced that they seized computers, mobile phones, bank cards, and other items related to the investigation.

According to the testimony of one of the victims, named as “Mr. A”, he transferred RMB 100,000 to the account advertised on the fake platform. The investment  initially began to record “considerable earnings,” almost doubling the capital.

As with many other similar scams the fake ‘returns’ were how the fraudsters persuaded Mr. A to continue investing, and he eventually sent around RMB 3.1 million to different bank accounts.

In February, the victim received a notice from the fake OTC platform that the project “had cracked up” and therefore lost the money.

Police behind the investigation said that after the announcement of the sudden closure of the platform, the criminals diverted the money through various bank accounts.

Cointelegraph reported in 2019 about fraudsters posing as the Japanese online broker Monex Group, owner of the hacked crypto exchange Coincheck, to scam money through phone calls.

In April, a Chicago businessman was sued over allegedly misappropriating over $2 million in funds ostensibly for cryptocurrency trading.