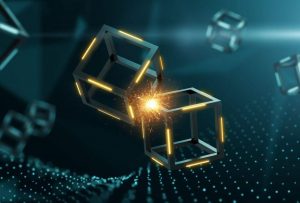 Over $1 billion raised in investment

According to a PR release at the 2019 International Financial Cooperation Forum in Shanghai, the three fintech firms announced a collaboration to launch the “Global Digital Bank Consortium Blockchain Investment Fund”. The fund was initially initiated HDFH Ltd with Yillion Bank and ZVCA joining the partnership at the forum.

“The size of Global Digital Bank Consortium Blockchain Investment Fund will be around US$1 billion with a term consisting of a 6-year investment phase and 2-year exit phase. The fund will initially invest in and digitally transform a bank, which will then serve as the main node of the global digital bank consortium blockchain.”

With an aim of “delivering value through the establishment of a digital connection”, the fund will start investments in digital banks across China, Singapore and Australia with other countries across the globe a target across the six-year collaboration.

Over $2bn in blockchain investments raised in China

According to recent data reports from the International Data Center (IDC), China’s blockchain thirst is far from being quenched. The report states over $2 billion USD will be invested in blockchain by 2023, representing a 67% compounded annual growth rate since 2018.

With the developments from the private industry in blockchain accelerating at a frightening pace and the Chinese government fully in support, the country is set to spark a blockchain frenzy in the coming years.