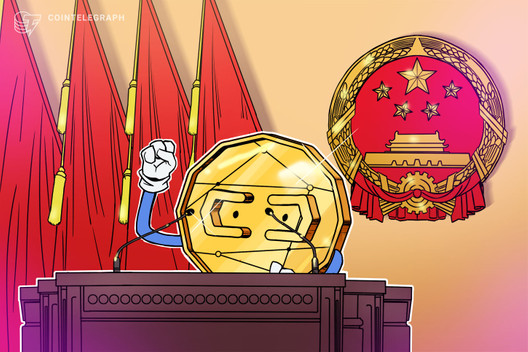 According to a local blockchain news report on May 19, the Party School of the Central Committee of the Communist Party of China — also known as the Central Party School — published the book as part of a book series on disruptive technologies. Previous entries in the series include “A Dialogue With Party Leaders About AI” and“ A Dialogue With Party Leaders About Blockchain”.

The aim of the book series is to provide a source for party officials and the general public for learning about emerging new tech trends. Chinese central bank executives, commercial banking executives and regulators were invited to write the prologue for the new published crypto book.

From the origin of money to birth of Bitcoin

The book starts with the history and origin of fiat currency, then it provides an overview of the current credit currency system and its down side. This leads to a section on the crypto movement and the birth of Bitcoin.

The book continues to explore the nature and the future of digital currency and explains in detail what crypto exchanges and ICOs are. It discusses and analyzes regulation issues surrounding these new developments.

CBDC and other forms of crypto currencies

A whole chapter of the book is delegated to Central Bank Digital Currencies (CBDCs). It explains the strategy behind the digital Yuan and the impact it would bring to the current payment system.

A full comparative analysis on CBDCs, Facebook Libra and stablecoins is included.

It warns of the risks of super sovereign crypto currencies, such as Libra, challenging the monetary sovereignty of countries with imperfect financial market infrastructure. It proposes counter regulatory measures to address these trends.

As Cointelegraph reported previously, the Bank of China has carried out pilot testing on the CBDC in different sites. Despite the bank continuing its anti-crypto narrative, Binance has reportedly officially made it back into China today with a new domain registered with the Chinese government.