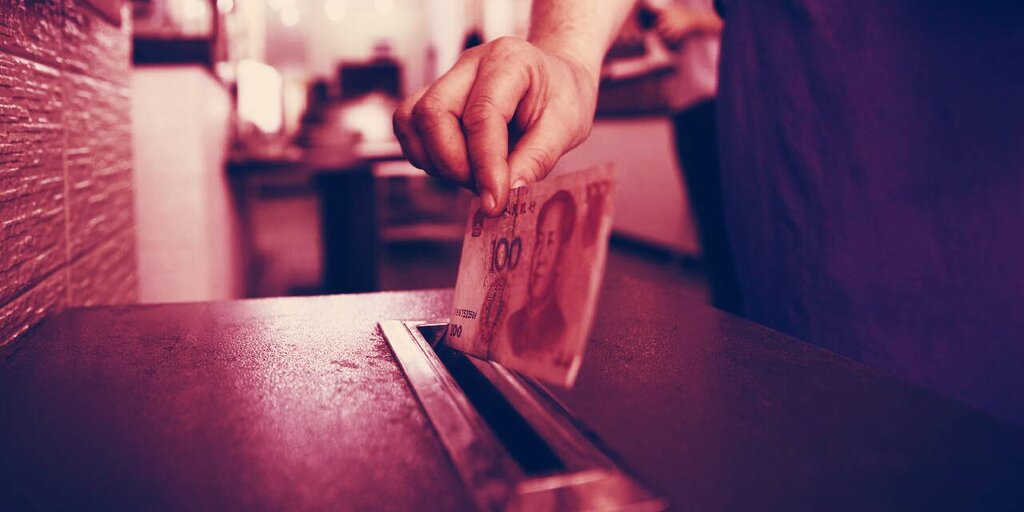 China’s charity sector is booming; the country has the third-largest number of charitable donors in the world, according to the CAF World Giving Index 2018.

With ever more charity organizations and tax incentives for donations, there’s been an influx of money from wealthy individuals and corporations; between 2010 and 2016, donations from China’s top 100 philanthropists more than tripled, reaching $4.6 billion.

But as China’s charity sector expands, it’s been dogged by controversy over transparency. In the Foundation Transparency Index 2018, Chinese foundations scored an average of 33.5 out of 100, with the majority rating an “unsatisfactory” score.

How crypto will change the face of charity

There was a public outcry over allegations that China’s Red Cross extensively misused funds in its response to the Sichuan earthquakes in 2008 and 2013. Other controversies followed; in 2019, Spring Buds Project, a charity for educating girls from impoverished households, was found to be diverting funds to boys, while online appeals have been dogged by cases of fraud and abnormal donations.

Clearly, there’s a need for more transparency in China’s charity sector. Which is where blockchain comes in; the Ministry of Civil Affairs has released an action plan for 2018–2022 that positions blockchain as one solution to improving transparency of social services and tracking charitable donations.

A health care donation platform called Qingsongchou, for example, is using blockchain to create an autonomous and decentralized community of social entrepreneurs and organizations by licensing its digital fundraising platform for free to small social organizations. Social organizations use the platform to launch their fundraising campaigns independently, but access to the donations are restricted, and may only be received by their beneficiaries through peer-to-peer transactions. The platform has helped small organizations to improve their visibility and credibility to the public.

Private companies such as Binance and Alibaba have created their own philanthropy platforms using blockchain. In 2016, Ant Financial created a private blockchain to record charity donations linked to Alibaba’s online payment platform, Alipay—although access to the platform was limited to Ant. Three years later, in 2019, Alibaba and Ant Financial launched Charities on the Chain (CoC), offering a blockchain donation platform to charitable organizations for free. And in 2019, crypto exchange Binance launched its own blockchain-powered charity platform, which pays recipients in cryptocurrency.

How blockchain charity disrupts traditional charity? –according to our donor @zcoinofficial of the pilot school : TRANSPARENCY makes difference. From the case of Jolly Mercy Learning centre, you can track that the average daily costs for breakfast and lunch is only USD $0.28. pic.twitter.com/MLRMQX1dyN

The goal of these companies in China is not to promote the use of cryptocurrency per se, but rather donation authentication and tracking through blockchain. In an interview with Caixin Global, Alibaba said it would use CoC to track donations, preventing donors from fraudulently inflating the amount of donations, and charities from manipulating the amounts received from donors. Tencent, on the other hand, has yet to release any system similar to CoC, but has promised to regularly monitor and audit the donations made through its own charity platform.

In China, neither the government nor private entities seem averse to the potential risks of blockchain use. With the exception of cryptocurrency, China is embracing the technology and keeping itself a step ahead of the world with regard to practical uses of blockchain, and promotion of transparency and accountability in philanthropy.

Moreover, the use of blockchain in philanthropy has created a community-based model of charity that encourages participation from social organizations, businesses and the government to collaborate in improving social welfare.

How China is using blockchain technology

Globally, firms from various industries are starting to adopt blockchain to optimize their operations and increase their profitability, but few are incorporating the technology for charitable endeavors. Netherlands-based Airbus, through its open source project Heritage, is one of the few large companies outside of China to adopt a blockchain platform for philanthropy.

While Chinese firms may have a lead on applying blockchain to transparency in the charity sector, the technology is still immature and has yet to be widely adopted. On top of that, no solution will succeed based on the technology alone; it requires buy-in from donors and organizations, as well as well-informed government oversight. Blockchain isn’t a panacea for tackling corruption, after all—and if China wants to clean up its philanthropy sector, it has to start by holding those who would subvert it to account.