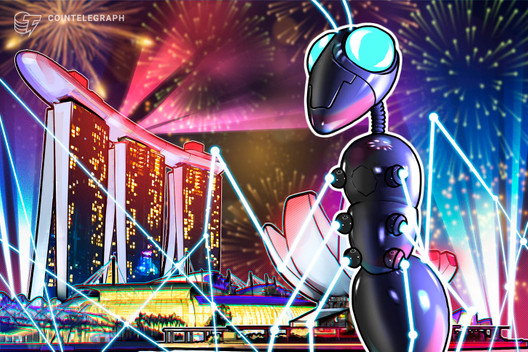 Through the new partnership, WeBank will provide the FISCO BCOS blockchain platform to Singaporean academics to innovate and build on.

The initiative seeks to offer the blockchain platform as an “innovation playground“ to Singapore’s student communities to expedite development in the field of DLT.

As a requirement of participation in the program, all innovations produced through the FISCO BCOS initiative are made available as open-source.

The program hopes to stimulate research into blockchain applications for the supply chain and finance sectors.

Students from Singapore University of Technology and Design, Nanyang Technological University and Singapore Management University are expected to participate in building with the FISCO BCOS platform.

“Providing this open-source technology as a developer arena will also help us strengthen the stack of our technologies in the process while allowing for better products and services for the general public,” he added.

WeBank and OpenNodes will host workshops and hackathons to drive awareness and engagement with the platform and support development from the initiative.

The platform’s development saw contributions from 20 top Chinese financial technology firms and was established during 2016, before being open-sourced the following year. Since launching, FISCO’s membership has grown to over 100, including leading firms Tencent, Huawei and WeBank.

The FISCO BCOS platform was used as the open-source basis from which China’s Blockchain Service Network was developed.