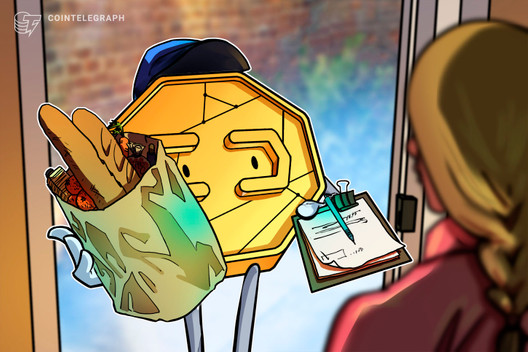 The People’s Bank of China (PBoC) is planning to add the Tencent-backed food delivery giant Meituan Dianping to its list of platforms that will test real-world use cases of the digital yuan.

Meituan Dianping is a Beijing-based food delivery platform that currently boasts of more than 435 million active users and billions of dollars of daily transactions. This creates a huge opportunity for the mass adoption of the digital yuan, which is also referred to as the Digital Currency Electronic Payment or DCEP.

Unnamed sources told Bloomberg that Meituan had been in talks with the research arm of China’s central bank — the Digital Currency Research Institute — regarding the use-cases for its central bank digital currency (CBDC). However, both parties are yet to specify the details about their partnership.

The Tencent-backed video streaming platform Bilibili is also reportedly in discussions with the PBoC to test the digital yuan. Recently, one of the largest ride-hailing applications DiDi also joined the project.

No release date yet, but China is making fast progress

The PBoC had already clarified that it doesn’t have a specific launch date for the digital yuan, but the central bank and its research wing have been increasing their efforts to explore the use cases of the CBDC in the real world.

In April, there were rumors about the launch of a wallet application across four Chinese cities — Shenzhen, Chengdu, Suzhou and Xiongan — for the initial testing of the digital currency.

China’s progress toward testing and launching its digital currency has only gained more speed during the pandemic. In June, the former vice-chair of the PBoC’s Na­tional Coun­cil for So­cial Se­cu­rity Fund, Wang Zhong­min, had announced that China had completed the backend development of its CBDC. The government had also started drafting laws for the same in March this year.