China Strikes Down 10% of Global BTC Hashrate, Who Will Pick Up The Slack?

China Strikes Down 10% of Global BTC Hashrate, Who Will Pick Up The Slack? 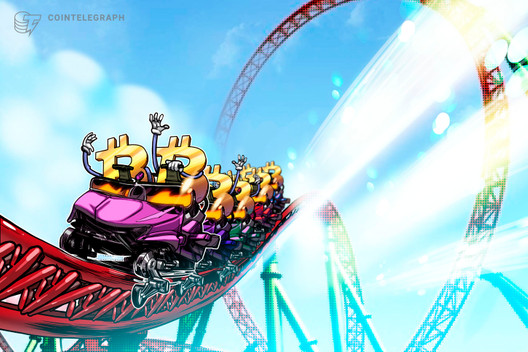 Citing the increase in illicit crypto-related activities, the provincial government of Sichuan moves to stamp out 10% of the global Bitcoin hashrate.

The government of China’s Sichuan province moves to stamp out Bitcoin (BTC) mining activity, citing that growing cryptocurrency prices have led to the escalation of illegal activity under the guise of mining.

Sichuan — 10% of the global hashrate

According to estimates from Cambridge University, Sichuan is responsible for almost 10% of the global hashrate. In fact, this single Chinese province mines more Bitcoins than the entirety of the U.S. or Russia.

Apparently, Sichuan was previously trying to attract the miners in order to combat the economic downturn and employment brought about by the COVID-19 pandemic. Instead, allegedly, “illegal fundraising” and multi-level-marketing schemes flourished.

It’s not clear whether these recent issues will in effect stamp out mining in Sichuan. China’s crypto community has been flourishing despite governmental constraints. As Christopher Bendiksen, head of research at CoinShares, told Cointelegraph:

“I don’t think Bitcoin miners in China have ever been, you know, quote unquote, comfortable. If what you mean is that they feel safe and certain about their right of ownership. And, you know, the idea that the government just won’t show up one day and take all the stuff. I really doubt that they’ve ever felt comfortable with that. Now, it’s probably worse than ever.”

However, what would happen if this time around, the authorities took their directives seriously and moved with full force to stamp out all the Bitcoin mining in Sichuan? Who would pick the slack?

Philip Salter, head of operations at Genesis Mining, the company that emphasizes that it does not do any mining in China, told Cointelgeraph:

Probably, the more profitable and stable miners would be able to move their equipment to other Chinese provinces. It could also add fire to the latest pro-Western trend in the industry. Even China’s giant Bitmain has been operating a 50 megawatt farm in Texas. Bitcoin mining in Texas has been burgeoning thanks to the low electricity prices and friendly local officials.

With the halving already putting a lot of pressure on miners, leading to the reduced hashrate, this latest stress test will probe Bitcoin’s resilience once again.

Original Source: Coin Telegraph China Strikes Down 10% of Global BTC Hashrate, Who Will Pick Up The Slack?