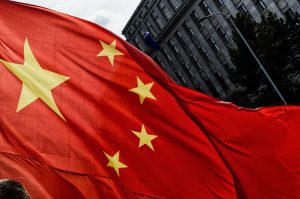 At the conference, the pilot version of the blockchain network was launched.

The network is formed to promote efficient, transparent, and credible government services. It will also form the basis of the public blockchain infrastructure that will include payments with the digital renminbi (Chinese Currency) in the future as well.

The state is planning to deploy a globally interoperable blockchain infrastructure on top of the internet. This will span across geographies and host a wide array of applications while providing transparency.

Huobi China, the Chinese arm of one of the largest cryptocurrency exchange Huobi Global, has joined the Blockchain Network Service Alliance (BSN). The alliance includes industry leaders in telecom, as well as banking. It includes China Mobile, China Telecom, China Merchants Bank International, Weizhong Bank, and so on.

How do you think Huobi’s inclusion will play out in the future? Please share your views with us.